The overall maternal mortality rate (MMR) of India stood at 61 per cent between 2010 and 2017.  A figure much higher than the neighbouring states of Pakistan Bangladesh, Sri Lanka and Bhutan 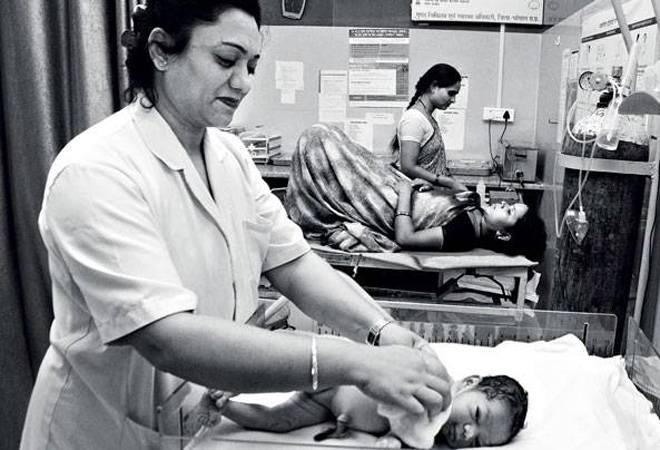 A large number of women between the age group of 19 to 29 years die during or before childbirth in India. According to Sample Registration System (SRS), as many as 34 per cent pregnant women, who were below the age of 30, died during their pregnancy between 2015-2017.

According to UNICEF, India and Nigeria were accountable to one-third of the maternal deaths in 2017 globally. Both the countries reported approximately 35 per cent of the estimated number of maternal deaths three years ago.

According to World Health Organisation (WHO), the major complications that account for nearly 75 per cent of all maternal deaths are- severe bleeding (mostly bleeding after childbirth), infections (usually after childbirth), high blood pressure during pregnancy, complications from delivery and unsafe abortion. The vast majority of these deaths (94%) occur in low-resource settings or impoverished localities, and most could have been prevented.

According to the Union Home Ministry, 37.6 per cent of pregnant women died during abortion in 2017. As many as 141 between age group 15-24 and 201 women between 25-34 age group, died due to abortive outcome. Other complications of pregnancy and delivery resulted in 1,160 deaths between 15 to 34 year age group. Deaths resulting from previous existing disease or disease that developed during pregnancy stood at 324 in 2017. Overall, 1,987 pregnancy-related deaths were registered between the age group of 25 to 34.

The JSY scheme, which is essentially meant for poor and marginalised women, did not receive the same treatment in terms of budget allocation over the years.

According to a report by Centre for Policy Research, in India, less than two-thirds of pregnant women (64 per cent) register for Antenatal Care (ANC) check-ups in their first trimester.

Moreover, gaps in the availability of delivery facilities in Primary Health Centres (PHCs) - the first point of contact for pregnant women with a doctor were also palpable. A CAG report in 2017 found that 161 of the 514 PHCs surveyed did not have proper facilities for childbirth. All the 12 selected PHCs in Kerala and more than 50 per cent PHCs in the states of Himachal Pradesh, Odisha, Tripura, Uttar Pradesh, Uttarakhand, and West Bengal, did not have facilities for delivery.

Although the death ratio of pregnant women in India has witnessed a significant decline in the last 17 years, improper healthcare during pregnancy remains a major issue in India.

Anubha Rastogi, Pratigya Campaign Advisory Group Member, and Independent Lawyer told BusinessToday.In that though there was a decline in maternal mortality rate, maternal healthcare in India is below satisfactory levels. "Women require special attention during this period (pregnancy) but a majority of our institutions lack even the basic necessities required during childbirth".  She also highlighted her concern about Medical Termination of Pregnancy Bill, 2020, as unsafe abortion has always been one of the key reasons behind maternal deaths.

According to Rastogi, the MTP Bill, which was tabled by Union Health Minister Dr. Harsh Vardhan in the Parliament on March 2 was ambiguous. She said, "While the Amendment Bill is a welcome move as it will at least create a movement but it is very different from what was expected. The demands that were tabled by experts have not been included rightly by the government. The MTP Amendment bill is lacking transparency. Moreover, the appointment of a medical board in case of substantial foetal abnormalities as suggested by the bill is against the right to privacy and women's reproductive health."

Although the Medical Termination of Pregnancy (Amendment) Bill, 2020 aims to expand access of women to safe and legal abortion services, it remains to be seen what change will it bring to the maternal mortality rate of India.