Infographic: The Rise of Bangladesh

In terms of per capita GDP, citizens of Bangladesh are likely to be richer than Indians in 2020, as well as five years later as per IMF projections 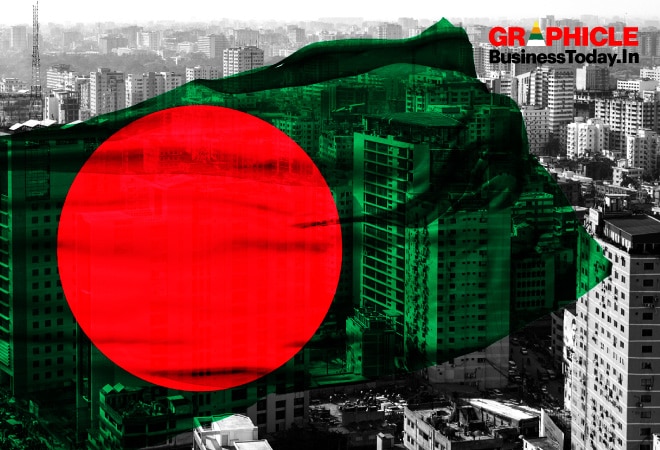 Bangladesh has astonished the world with its spectacular growth in recent years. By 2024, it is expected to graduate from being a Least Developed Country (LDC) to a developing country. But this rise might put India in a bad light.

The latest World Economic Outlook report by International Monetary Fund for October is worrisome for India because of two reasons. First, it projects India slipping behind Bangladesh in per capita GDP due to a double-digit contraction in economy - IMF predicted 10.3 per cent de-growth in Indian GDP as against 3.8 per cent GDP growth for Bangladesh. Second, even after five years, in 2025, India is unlikely to catch up with Bangladesh in terms of economic growth, which means continued troubles in the future too.

This BusinessToday.in infographic tracks the impressive growth of Bangladesh, where it stands when compared with India's economy, challenges it will face in near future after becoming a developing country, and the impact of COVID-19 on both these economies.