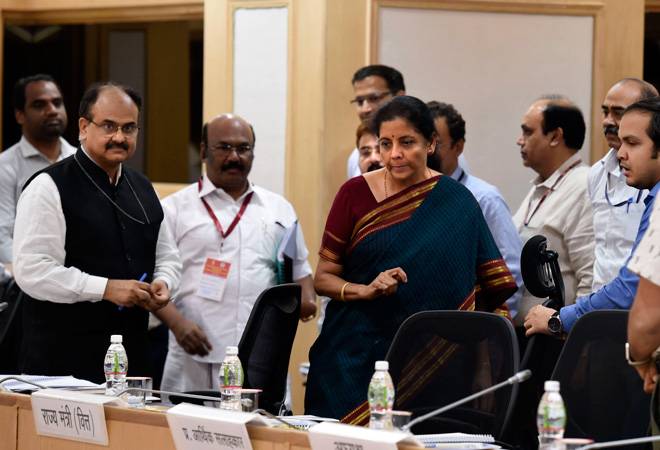 Several changes in the GST return system have been approved by the GST Council meeting. Photo credit: PTI

In its first meeting under new Finance Minister Nirmala Sitharaman, the GST Council has extended the deadline for filing annual returns by two months. The all-powerful council decided to extend the deadline to file forms GSTR-9, GSTR-9A and GSTR-9C till August 30, 2019. The earlier deadline to file these returns was June 30, 2019.

"We had received several representations from trades and businesses that they need some more time because this is the first time they will be filing the (annual) returns. So, considering their difficulties, the GST Council has extended the date by two more months. Now the annual returns will be filed by August 30, 2019," said Revenue Secretary AB Pandey.

The annual returns in Form GSTR-9 and the reconciliation statement in Form GSTR-9C are filed by normal taxpayers, where composition taxpayers file their returns via Form GSTR-9A. The proposal presented before the GST Council called for extending the deadline in a staggered manner for different classifications of taxpayers, but the council agreed to a single date for all of them.

During its meeting, the GST Council also decided to introduce a new return system with a single return form for every month. To this end, the Form GSTR-3B will be discontinued in a phased manner. The council has decided to introduce forms GST ANX-1 and GST ANX-2 along with GST RET-01 and GST PMT-08 to help with the transition. The new single GST return form will be implemented for all by January 1, 2020.

The GST Council also decided to extend the deadline to furnish the declaration in Form GST ITC-04, relating to job work till August 31, 2019, in order "to provide sufficient time to the trade and industry".

The Council also decided to block e-way bills of taxpayers who have failed to file their tax returns for two consecutive tax periods. The decision will be brought to effect from August 21, 2019 under Rule 138E of the CGST rules.