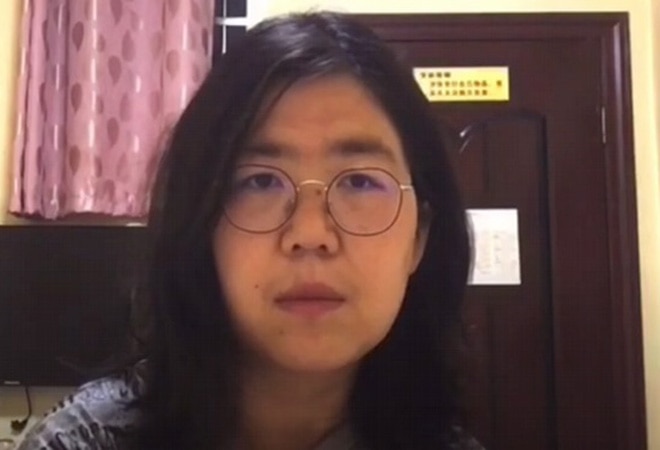 Zhang Zhan, 37, the first such person who painted a more dire picture of the pandemic epicentre than the official narrative

Zhang Zhan, a citizen journalist who was arrested back in May 2020 while reporting from Wuhan, China, was sentenced to four years of imprisonment on Monday. The 73-year-old was arrested for "picking quarrels and provoking trouble", which is a common charge levied against dissidents, activists and journalists in China, according to The Guardian. Zhang had shared blog reports and a video about the COVID-19 lockdown in Wuhan, China

Hours after Zhang's trial began, her lawyer told that she had been sentenced to four years in prison, as per the daily. The indictment sheet, which was released last week, had read that Zhang had sent "false information through text, video and other media through the internet media such as WeChat, Twitter and YouTube".

"She also accepted interviews from overseas media Free Radio Asia and Epoch Times and maliciously speculated on Wuhan's Covid-19 epidemic," it read. The sheet had recommended a sentence of four to five years for Zhang.

Zhang's lawyer said that Zhang appeared in a wheelchair for the trial and said that Zhang's mother had burst into tears when the verdict was announced.

Zhang has been on a hunger strike for a while. She has been restrained for the entire 24 hours of the day and is being force-fed through a tube as she refuses to eat food, her lawyer had said earlier. Zhang's lawyer - Zhang Keke had visited her on December 25 and had written in a blog post that his client has lost around 15-20 kg weight and Zhang's hair has been cut short. "She feels psychologically exhausted, like every day is a torment," Keke had written.

Zhang has denied all the charges levied against her and has stated that all her reports regarding the COVID-19 outbreak response were based on first-hand accounts of citizens of Wuhan. Zhang was critical of the government's secrecy and censorship in her video.

"Ordinary people saying something casually in WeChat might be summoned and admonished," she had said in one of her reports. "Because everything is undercover, this is the problem this country is facing now," she wrote.

She had criticised the authorities for violating the human rights of people and had demanded release of other journalists who have also been jailed for reporting from Wuhan.

At least half a dozen journalists have been arrested by the Chinese authorities for reporting from Wuhan, according to the daily.

What is 'Super Gonorrhea', the infection on rise due to COVID-19