The House of Representatives voted on Monday to more than triple stimulus payments to Americans, to $2,000 from $600, sending the plan on to the Senate for a vote 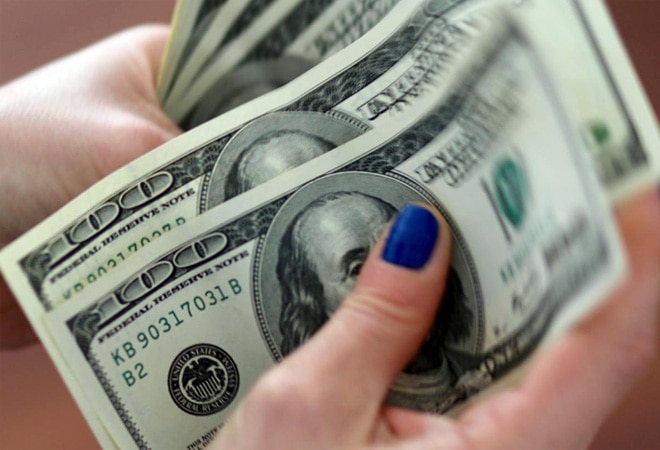 The dollar hit a more than two-year low against the euro on Tuesday, and riskier currencies including the Australian and Canadian dollars gained as optimism that U.S. lawmakers would enlarge stimulus payments to individuals boosted risk sentiment.

The House of Representatives voted on Monday to more than triple stimulus payments to Americans, to $2,000 from $600, sending the plan on to the Senate for a vote.

"The possibility of another U.S. stimulus package has lifted the market's spirits," FX analysts at Scotiabank said in a report. "Still, market optimism may be somewhat unwarranted as the legislation faces little chance of passing in the Senate as Republicans attempt to rein in spending - but rejecting increased payments amid pressure from Trump could risk their showing in the Jan. 5 Georgia Senate runoffs," they added.

Investors are betting the greenback will continue to decline - it fell more than 6% this year - on expectations the Federal Reserve will hold interest rates near zero and the U.S. economy will struggle to recover from coronavirus-related shutdowns.

Data released by the Commodity Futures Trading Commission on Monday showed traders increased bets against the dollar in the week ended Dec. 21 to $26.6 billion. That was the highest in three months, according to Reuters calculations.

The single currency has also been buoyed by a trade deal reached last week for Britain to leave the European Union. Though the agreement is not comprehensive, it avoided a damaging no-deal outcome.

Bitcoin fell 1.17% to $26,720 after hitting a record $28,378 on Sunday. XRP the third-biggest digital currency, slumped by over a fifth to its lowest since July after Coinbase, a major U.S. virtual coin exchange, said it would suspend XRP trading.

The move came after U.S. regulators charged Ripple, a blockchain firm associated with XRP, with conducting a $1.3 billion unregistered securities offering. Ripple has denied the charges.