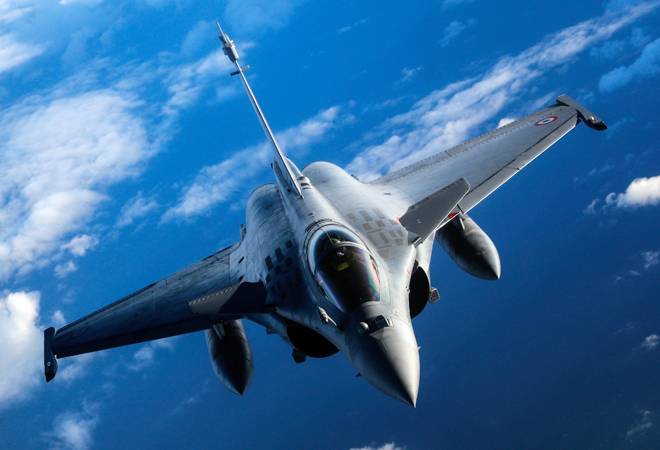 The IAF Rafale project management team in Paris looks after the issues related to the procurement of 36 Rafale jets.

Unidentified individuals reportedly broke into the Indian Air Force's Rafale project management team office located in the suburbs of Paris on Sunday night. The break-in might be a possible espionage attempt to steal crucial data related to the Rafale jets that are being procured by India. No documents were reported to be stolen. The Indian Air Force (IAF) has already briefed the defence ministry on the break-in and the local police are investigating the matter, news agency ANI reported.

"There was a break-in into the Indian Air Force Rafale project management team office which is located in a suburb of Paris in France. No hard disk or document has been stole. More details are being ascertained about the motive," news agency ANI quoted IAF sources as saying. The Indian Rafale team office is located in the Saint Cloud suburb of Paris. It falls in the vicinity of the office blocks of Dassault Aviation, which is supplying the Rafale fighter jets to India. The motive behind break-in could have been to steal crucial data as valuables and money are not kept in these administrative offices, ANI report said while quoting sources.

The Rafale project team is headed by a Group Captain-rank official. The team looks after issues related to the procurement of 36 Rafale combat jets, including the production timelines and training of Indian personnel who are meant to fly and maintain the aircraft. The Indian government had signed a deal worth Rs 59,800 crore with France-based Dassault Aviation to procure 36 Rafale aircraft to introduce fifth generation fighter jets into IAF squadrons. The deal has since been in the crosshairs of Opposition parties in India which have alleged wrongdoings on the part of the outgoing Modi government. The matter has since ballooned into a major political issue during the recently concluded 2019 Lok Sabha elections.