A recently-released World Bank report paints a rather dismal picture of socioeconomic mobility and inequality of opportunity around the world. 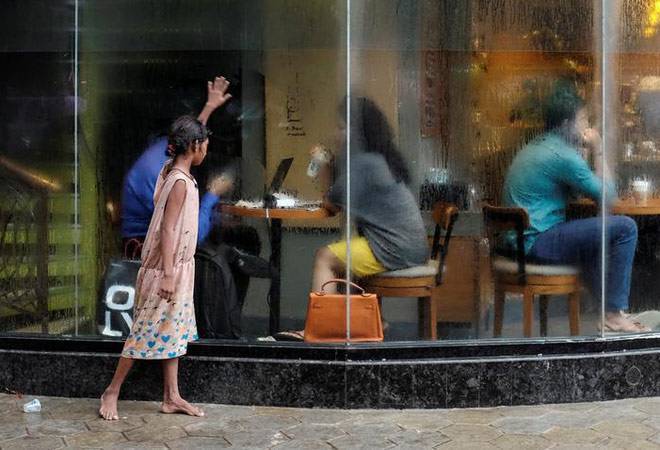 Rags-to-riches stories never fail to inspire us. And we all cheered for Delhiite Prince Kumar, son of a DTC bus driver and a Class 12 board exam topper. Unfortunately, a recently-released World Bank report paints a rather dismal picture of socioeconomic mobility and inequality of opportunity around the world - making success stories like Prince a pretty rare occurrence.

The report titled 'Fair Progress? Economic Mobility across Generations Around the World' measured the extent of inter-generational mobility (IGM) in economies across the world by focussing on educational mobility and income mobility. "Mobility has stalled in recent years in large parts of the world, with the prospects of too many people across the world still too closely tied to their parents' social status rather than their own potential," said the study. Not surprisingly, South Asia and Africa, the regions with most of the world's poorest people, boasted the average lowest mobility.

Damningly, our country fared the worst among the six large developing economies observed in the report, namely Brazil, China, Egypt, India, Indonesia, and Nigeria. Although absolute mobility went up in all these six nations when comparing the 1940s cohort to the 1980s cohort, the study found that the relative mobility in India is "still low by international standards and the lowest among the six" countries named above. "This is also consistent with the fact that India is among the bottom five economies in upward mobility from the bottom to the top in educational attainment," it added.

For the record, the report defines absolute upward mobility as the extent to which living standards of a generation are higher than those of their parents, and is linked to income growth of the bottom 40 per cent and a sustained rise in shared prosperity. On the other hand, relative IGM is the extent to which an individual's position on the economic scale is independent of the position of his or her parents. "Higher relative mobility across generations is associated with lower inequality of opportunity, which is the extent to which people's life achievements are affected by circumstances they are born into, such as parental education and income, race, gender, and birthplace," said the report.

Predictably, the study found relative IGM of income to be lower in developing regions compared to the high-income economies, similar to what was seen for relative educational mobility. In countries such as India, Brazil, Nigeria and South Africa, if a man earns double the amount earned by another man, his son is on average expected to make around 60-70 per cent more than the son of the lower-income man. This gap falls to 50 per cent in the United Kingdom, the United States, and Vietnam and about 40 per cent more in China and Spain. In comparison, the gap stands at less than 20 per cent in Belgium, Denmark, Finland, and Norway. What's more, "South Asia and Sub-Saharan Africa are the regions in which parental background - whether in education or income - matters the most for the prospects of the offspring," said the report.

Then there are the challenges that India continues to face in addressing the gender gap. The study found that the gender gap in the developing world is narrowing rapidly in terms of absolute mobility and women have already caught up with men in tertiary education. In fact, the likelihood of climbing from the bottom to the top has been rising among girls relative to boys, whereas the likelihood of their staying at the bottom has been falling. Over the last 40 years, the average developing economy has managed to change one vital element: "Sons are no longer less constrained than daughters by the circumstances into which they are born", as the study put it.

Not so in India, with Nigeria for company. "In Brazil, China, Egypt, and Indonesia, the gender gaps are close to zero among the current generation. No such convergence is observed in India and Nigeria, where the gender gaps are almost as large among the 1980s generation as among cohorts born in the 1940 and 1950s," said the study.

Why does this matter? As the study explains, the ability to move up the income ladder, both in one's lifetime and with respect to one's parents, matters for fighting poverty, reducing inequality, and even for boosting economic progress. "Without absolute mobility, living standards cannot improve, and social cohesion may be at risk as the different groups in society compete for slices of a fixed or shrinking economic pie. Meanwhile, a lack of relative mobility is not only deeply unfair and perpetuates inequality across generations, but it is also harmful to economic growth because of wasted human potential, which leads to misallocation of resources. A lack of relative mobility over time, therefore, may constrain absolute upward mobility," it added.

"While the current picture is sobering, there is some cause for optimism, which also suggests that policy actions matter a great deal for improving mobility," said Ambar Narayan, a lead economist with the Poverty and Equity Global Practice of the World Bank and one of the authors of the report.