Pakistan Navy claimed this is the second instance of Indian vessels trying to enter the territorial waters of Pakistan since 2016. 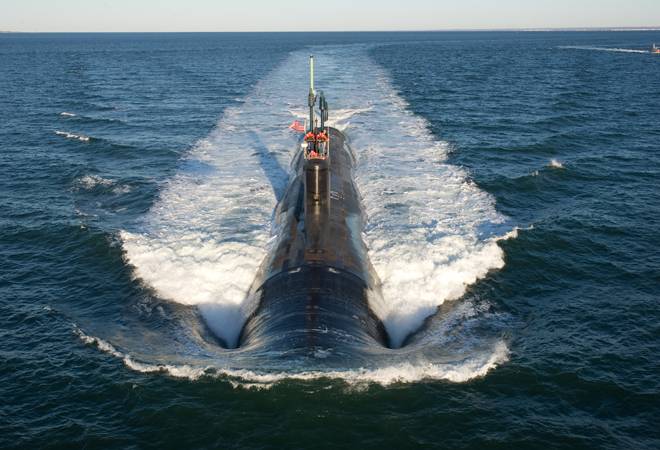 Pakistan Navy has claimed that it detected an Indian submarine trying to enter Pakistani waters and thwarted the attempt. The development comes as tensions between the nuclear powers are running high after a suicide attack in Pulwama and India's aerial strike in retaliation against terror camps on Pakistani soil. A Pakistan Navy spokesperson stated that the Indian submarine was not deliberately targeted in accordance to the government's emphasis on peace.

The Pakistan Navy also released a video which it claims is the actual footage of the intercepted Indian submarine. The infrared footage shows a periscope and radio antenna of a submarine above the water surface, whereas the rest of the vessel remains submerged. The timestamp on the footage shows that it was recorded around 08:35 pm on March 4, 2019.

The authenticity of the video could not be ascertained yet.

However, Pakistan has not disclosed the exact location where its navy encountered the alleged Indian submarine. The Pakistan Navy claimed this is the second time since 2016 that it has detected and stopped Indian Navy's attempts to enter its territorial waters.

Meanwhile, the Indian Navy dismissed Pakistan's claim that it had thwarted an attempt by an Indian submarine to enter the country's territorial waters as "false propaganda".

"We have witnessed Pakistan indulging in false propaganda and spread of misinformation. The Indian Navy does not take cognizance of such propaganda. Our deployments remain undeterred," the Indian Navy said.

Indian Navy chief Admiral Sunil Lanba has disclosed that there are reports of terrorists being trained to carry out various operations in the country, including through the medium of sea. The 26/11 terrorists attacks saw Lashkar-e-Taiba operatives enter Mumbai via the sea and launch coordinated attacks across the city, including shooting and bombing.

ALSO READ:Navy Chief Admiral Sunil Lanba says they have reports of terrorists trained to carry out operations through sea