For its investment, BII, which is UK's Development Finance Institution, will receive 2.75-4.76 per cent ownership of the EV company.

Mahindra & Mahindra on Thursday announced raising Rs 1,925 crore from the British International Investment (BII) into a new 4-wheel Passenger Electric Vehicle firm to be set up by the company.

As per the terms of the agreement between M&M and BII, the newly formed EV subsidiary will receive a capital infusion of Rs 1,925 crore (or $250 million) from each of the two entities, in two tranches, at a valuation of Rs 70,070 crore, or $9.1 billion. For its investment, BII, which is UK's Development Finance Institution, will receive 2.75-4.76 per cent ownership of the EV company.

According to a regulatory filing by Mahindra & Mahindra, the EV company is expected to receive a total capital infusion between FY24 and FY27 that will amount to roughly Rs. 8,000 crore for the planned product portfolio. In order to gradually meet the EV company's future financing needs, M&M and BII will team together later to recruit more like-minded investors. 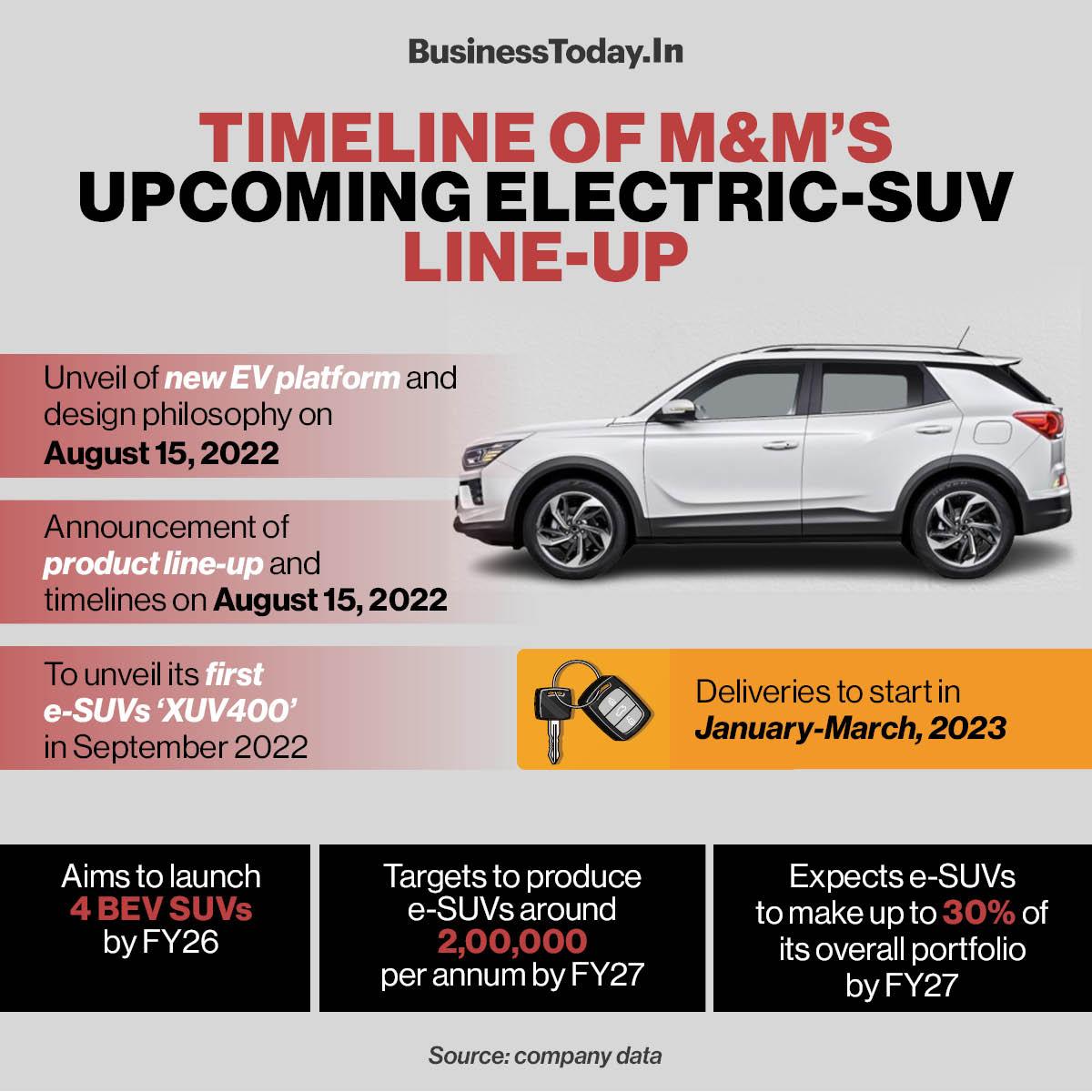 The first round of BII's capital investment is expected to be completed by June 2023, subject to the fulfilment of certain preconditions, and will be followed by a second round of funds after the completion of performance-based assessment in FY24.

According to a recent survey by Roland Berger, a leading global automotive consulting company, it was found that Indian customers are twice as likely to consider buying an EV than their counterparts in the UK and the US. The investment from BII is intended to accelerate the availability and adoption of electric vehicles in India and other markets that M&M serves, according to the official press release.

According to the press statement released by M&M, the EV company will heavily leverage M&M's ecosystem of suppliers, dealers, and financiers, as well as its larger manufacturing capabilities, product development, and design divisions. The funds injected will be used largely to develop and market a line of premium electric SUVs equipped with cutting-edge technologies.

"We are extremely delighted to have BII as a partner in our SUV electric journey. In BII, we have found a like-minded long-term partner who is committed to combating the climate emergency," M&M Managing Director & Chief Executive Officer, Dr Anish Shah said while commenting on the development. He continued by outlining the goals of the Mahindra group, which is aiming to be planet-positive by 2040.

Nick O’Donohoe, CEO of British International Investment, also commented on the investment, by saying “BII’s anchor investment will be key to attracting additional sources of private capital into this exciting venture with the Mahindra Group. The acceleration of EV development in India will be critical to supporting the country in reaching its emission targets as well as improving air quality in many urban areas. Mahindra will play a central role in the decarbonisation of the automotive industry in India and elsewhere.”

The BII, formerly known as the CDC Group, is the UK government’s development finance institution. Every year, it contributes between GBP 1.5 and GBP 2 billion to the UK Government's Clean Green Initiative.

With assets totalling GBP 7.7 billion, the institution has stakes in more than 1,300 businesses in developing nations. BII’s investment in M&M’s EV subsidiary comes in line with its commitment that at least 30 per cent of its overall investments will be in climate financing.

Meanwhile, shares of Mahindra & Mahindra hit their all-time high today after the announcement of the news. The large-cap stock hit an all-time high of Rs 1,191.90, rising 5.17 per cent against the previous close of Rs 1,133.35 on BSE.