After having led the company for over five decades, Azim Premji will continue to serve as the Non-Executive Director on the board and the Founder Chairman

Azim Premji will retire as MD and Executive Chairman in July.
Rukmini Rao

Bengaluru-based tech major Wipro on Thursday announced a change of guard as industry doyen Azim Premji will step down from his position as Chairman at the end of his tenure on July 30, 2019. His son Rishad Premji, who is the chief strategy officer and a board member of the company, has been appointed as the Executive Chairman with effect from July 31, 2019. After having led the company for over five decades, Azim Premji will continue to serve as the Non-Executive Director on the board and the Founder Chairman.

Speaking on his appointment Chairman-designate, Rishad Premji said, "I am very excited about our future and the opportunity to create value for all our stakeholders in these transformative times for Wipro and the technology industry. I look forward to their trust, collaboration and support."

Marking the end of his era, Azim Premji thanked Wiproites and clients for his long and satisfying journey in the company and said that he would now look at devoting more time to philanthropic activities. "As I look into the future, I plan to devote more time to focus on our philanthropic activities. I have great confidence and trust in Rishad's leadership to steer Wipro in its next phase of growth as we move forward," he said in a statement.

Rishad Premji's elevation in the company comes as no surprise. It was a much-anticipated move for over two years now. Rishad's journey at Wipro has its humble beginning much like his father's life philosophy. Joining the company as a young business manager 12 years ago in 2007, Rishad Premji was inducted into the board in May of 2015.  Rishad Premji's grooming to take over his father's role has been over a decade long journey. A graduate from Harvard Business School, he handled the responsibility as the general manager, treasury and investor relation, which gave him wide exposure to consulting, finance, treasury and operations of the company. In September 2010, he took over the role of Chief Strategy Officer of the IT services (before the demerger) reporting to the then joint CEOs of the company. As the Chief Strategy Officer, he led Wipro's M&A Strategy and conceptualised Wipro Ventures. The $100 million fund invests in start-ups working on developing technologies and solutions, which complement Wipro's businesses with next-generation services and products. Till date, the company has made 18 investments from the fund. 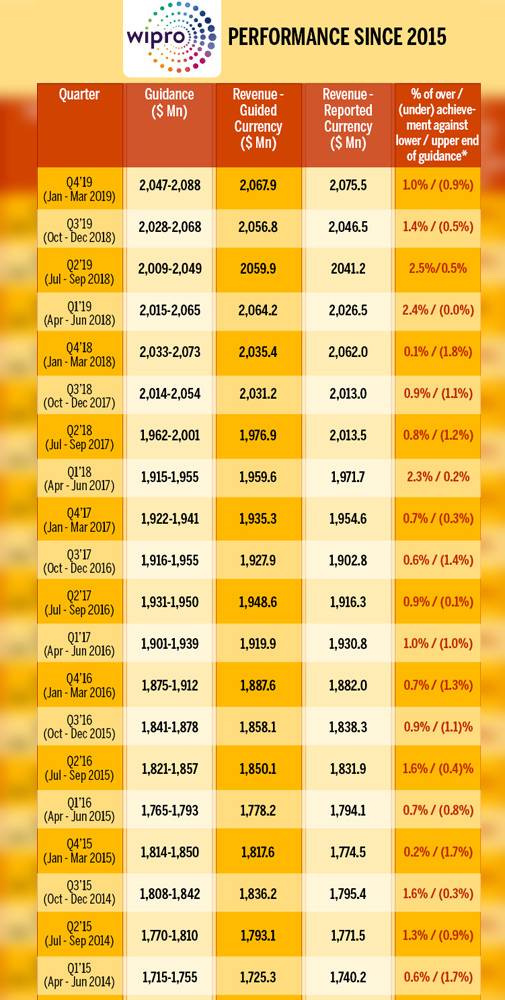 Suresh Senapathy's , board member Wipro Enterprise and former CFO of the company said he has seen Rishad grow  from strength to strength. "He is very focused, keen learner and has a great grasp on technology. He is down to earth and has an ability to connect with people. He has a great vision on the future of technology and is able to make bold bets" he said .  After having  played a larger role beyond Wipro as Chairman of Nasscom and has been influential in charting the future of Indian IT industry "  I am sure he will build on Mr Premji's legacy and take Wipro to greater heights - I am sure the best days of Wipro are yet to come" he added .

A leading IT analyst said, "With this move, we at least hope directionally and executionally the company could see a sharper focus."