The rise and fall of the Sandesara brothers and Sterling Biotech

At a group level, Sterling has a debt in excess of Rs 15,000 crore. With the banks resigned to a huge haircut on loans of over Rs 8,000 crore, the future of this company is at best unknown

The mention of Sterling Biotech conjures up an image of promoters, who led an opulent life till the banks got after them. With the right political connections, the Vadodara-based company ensured banks were on their side. Nothing seemed to stop them or that’s how it appeared. Once their lenders tightened the noose, the uncomfortable questions came up. It is now over two years since the company has been on the block. With the banks resigned to a huge haircut on loans of over Rs 8,000 crore, the future of this company is at best unknown. 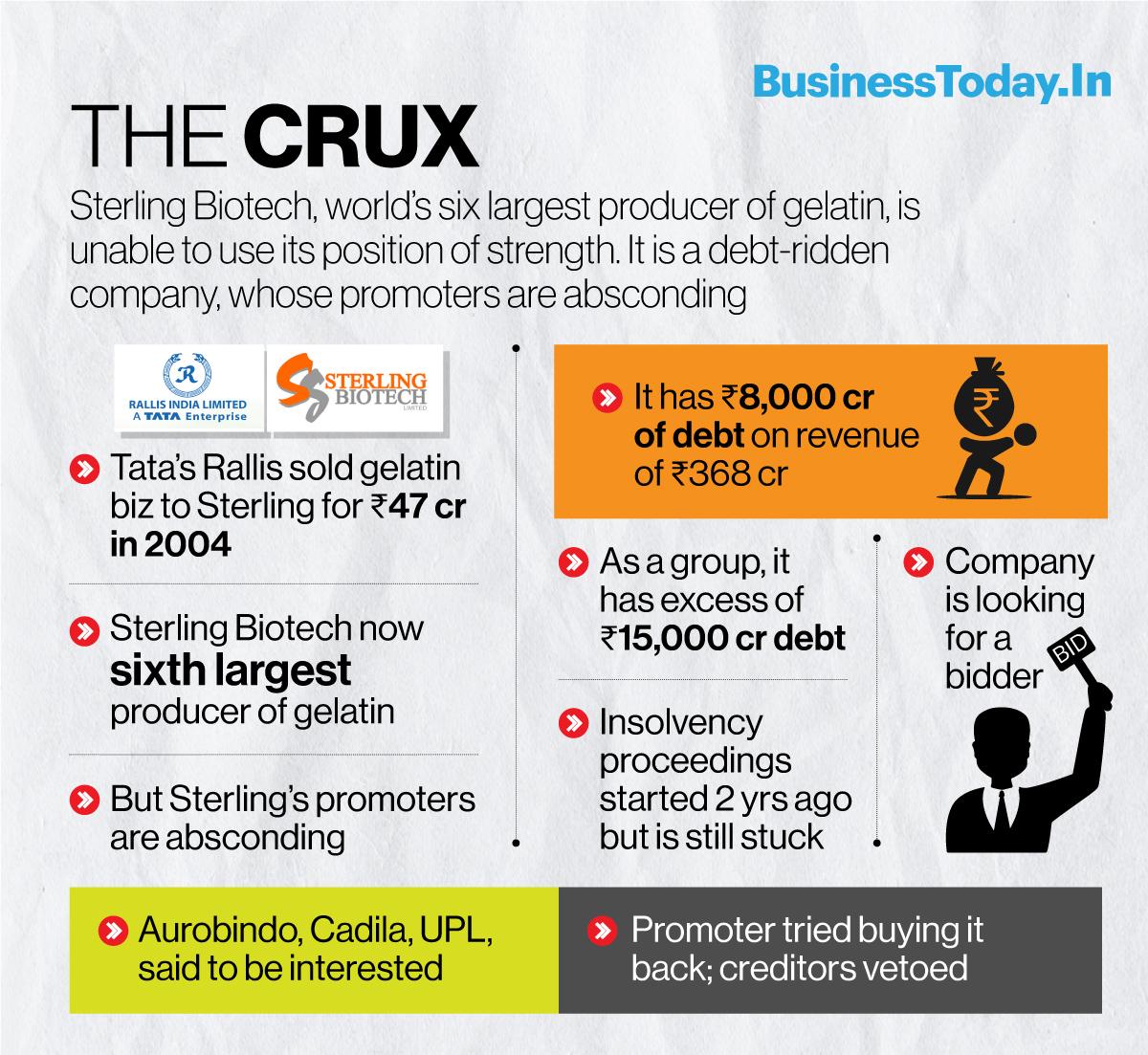 It was in early 2004 that Sterling Biotech made its first mark. It acquired the gelatin business of Tata group company Rallis for Rs 47 crore. Neither the ticket size nor the low-profile buyer mattered to anyone. If at all there was any interest, the reason was the involvement of the Tata group, who saw little strategic sense since its focus had shifted clearly to agrochemicals.

Gelatin did not quite fit in and Sterling gleefully bought it. Now, there was additional capacity and over time, the company grew to becoming the sixth largest producer of gelatin, a product derived from the hide and bones of cows. When converted to what is known as pharmaceutical grade gelatin, it opens up an opportunity not just in tablets and capsules but in poultry feed and immunity as well.

On the face of it, that kind of dominant position in the global pecking order ought to have strengthened their presence. Far from it since the two promoter brothers – Nitin and Chetankumar Sandesara – got into areas as unrelated as oil exploration for which the base was Africa. Going by media reports, that is where the absconding promoters today are. The unbridled ambition saw them run up a debt of over Rs 8,000 crore – for FY18, it had revenues of Rs 368 crore and was in the red by over Rs 1,000 crore.

The alarm bells rang in June 2019 when Andhra Bank had initiated insolvency proceedings. The promoters tried buying back their company, which was vetoed and things are no different today. In a fresh development, the company has invited bids with a reserve price of Rs 548 crore. The first round of the process is expected to finish in early September. Going by the difficulty so far in selling the asset, bankers are staring at a haircut of at least 90 per cent.

At a group level, Sterling has a debt in excess of Rs 15,000 crore. Those who have known the promoters recollect the period when they were traders in the machine tool business. “Once they came close to the political circles, money was on tap and nothing could stop them,” says one banker. The brothers were hobnobbing with film stars and just excessively visible on the social circuit. The honeymoon came apart once the lenders came calling.

In a report put out last November, Care Ratings has said “the company is not cooperating and ratings have been withdrawn with immediate effect. The ratings also factor into account the ongoing delays in debt servicing by the company.”

Now, the likes of Aurobindo Pharma, Cadila Healthcare, UPL, ACG and Grand Celsus are said to be interested in acquiring Sterling Biotech. As the deal gets back to the drawing board, the potential buyers will not loosen their purse strings easily. Any sharp increase beyond the reserve price, think dealmakers, will be a surprise.