The average compensation paid to women executives stood at Rs 1.91 crore against Rs 2.24 crore earned by their male counterparts, according to the study.

The report further argued that women representation in senior management roles is substantially lower than their male counterparts.

Women executives in India earn an average of Rs 85 for every Rs 100 earned by their male counterparts, according to the findings of a study conducted by the Indian Institute of Management Ahmedabad (IIM-A) faculty.

The report titled 'The Glass Ceiling- Leadership Gender Balance in NSE 200 Companies' revealed that the average compensation paid to women executives stood at Rs 1.91 crore against Rs 2.24 crore earned by their male counterparts.

It added that women's representation in the top and senior management of companies in India is considerably lower than the percentage of women on board of directors. 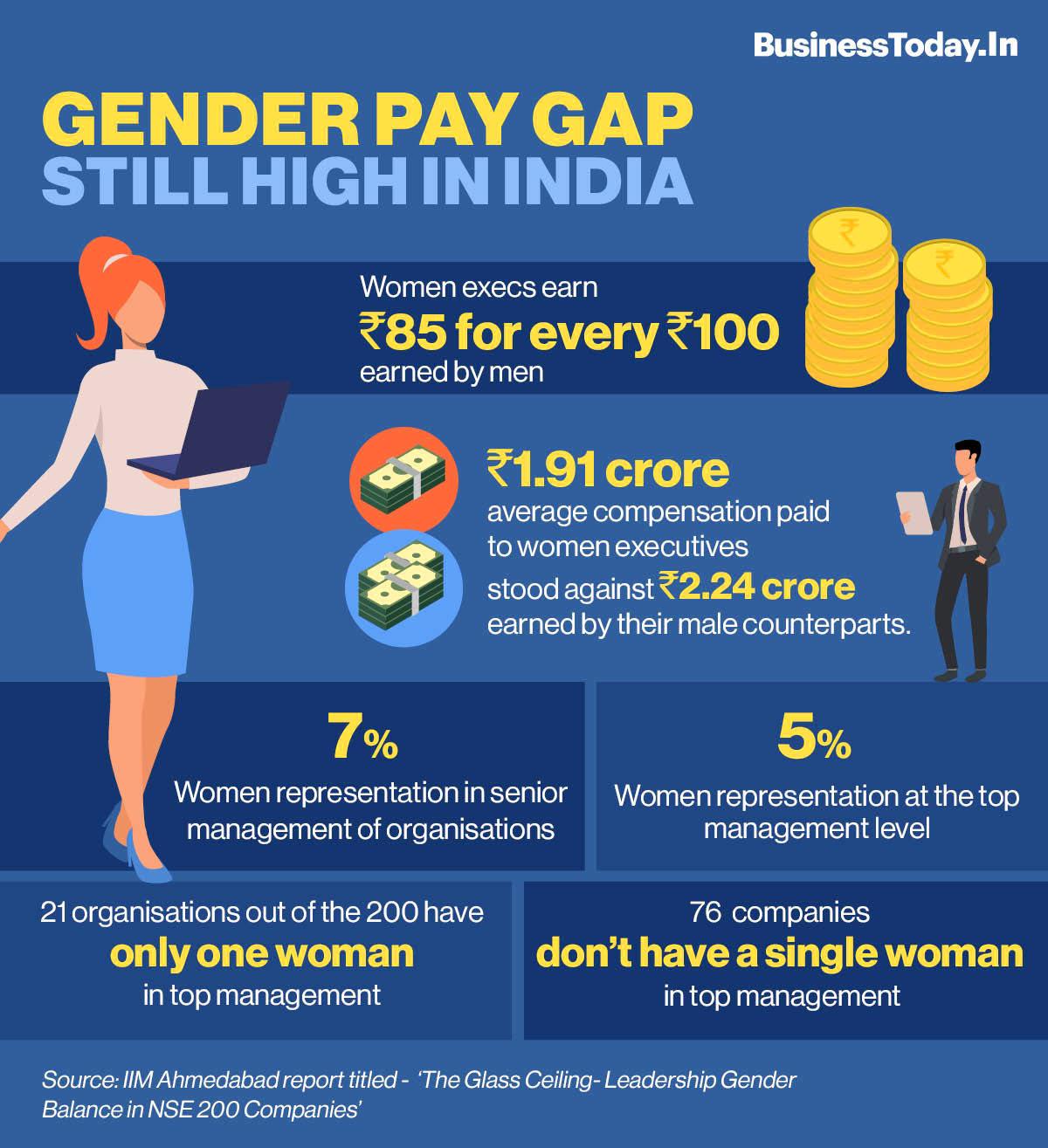 The report was conducted by IIM-A's Promila Agarwal, an associate professor in human resource management, under the aegis of the Arun Duggal ESG Centre for Research and Innovation at IIM-A, supported by ICRA Chairperson Arun Duggal.

The report, which is based on replies from 109 out of 200 NSE companies, with a sample size of more than 4,000 senior executives for the year 2021, demonstrates that while women at the individual contributor level get 2.2 per cent less than men working in similar roles, the pay gap widens to 3.1 per cent for managers/supervisors as well as 4.9-6.1 per cent for directors and senior executives.

The report further showed that women's representation in the top and senior management of companies in the country is substantially lower than the percentage of women on board of directors.

It reveals that the representation of women in senior management of organisations is only 7 per cent, which slumps even further at the top management level to a mere 5 per cent.

However, the number of women directors at the top level in NSE 500 companies has jumped to 16 per cent in 2022 from 4.5 per cent in 2014 owing to regulatory requirements, as per the survey report.

The report also quotes Indra Nooyi, Former PepsiCo CEO, who noted that it is important that companies revisit their approach towards women leaders. To ensure that women function at par with men, companies should take an 'all talent on equal pay' approach.

She suggested that organisations could achieve this by taking measures to put in place a critical mass of women leaders who could set the precedent and inspire other women.