Salaries in India to increase by 9.3% in 2022: Willis Towers Watson survey

The Willis Towers Watson survey states that India, additionally, continues to project the highest salary increase for 2021 in the Asia Pacific region.

Attrition rate in India has been lower as compared to other countries
BusinessToday.In

The report looks at a range of job grades across various industry sectors and is designed to provide guidance to companies on salary forecasting.

The Willis Towers Watson survey states that India, additionally, continues to project the highest salary increase for 2021 in the Asia Pacific region. As against India, Sri Lanka is projected to see an increase of 5.5 per cent, China 6 per cent, Indonesia 6.9 per cent and Singapore 3.9 per cent.

With the recovery of the economy, companies in India projected a positive business revenue outlook for the next 12 months. This led to an increase in hiring activity with 30 per cent companies planning to hire in the coming year -- almost three times of last year. 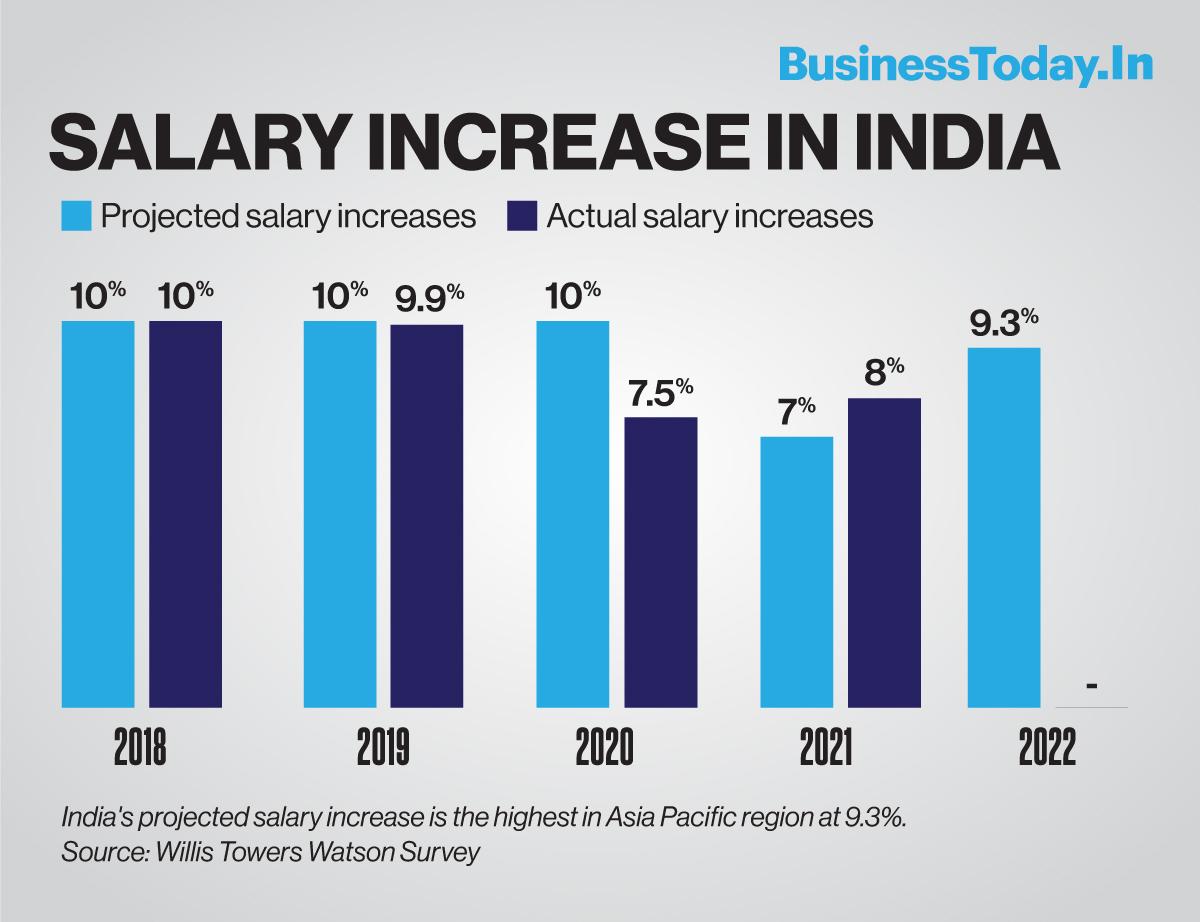 Hiring is likely to increase for critical functions such as engineering (57.5 per cent), information technology (53.4 per cent), technically skilled trades (34.2 per cent), sales (37 per cent) and finance (11.6 per cent). These jobs will also attract a high salary.

High-tech sector is expected to see the highest salary increase at 9.9 per cent in 2022, followed by the consumer products and retail sector at 9.5 per cent, and manufacturing at 9.30 per cent.

“Covid-19 accelerated the digitalisation process across industries including automation and artificial intelligence. These developments, along with the high-tech sector’s early adoption of the remote working model has positively impacted the sector’s salary projections,” said Mathur.

The survey stated that employees can also expect a higher average variable pay at 15.7 per cent this year for the 2020 performance year.