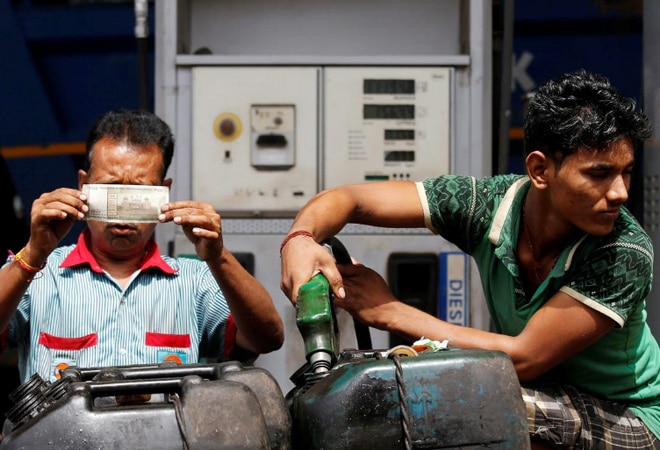 Petrol and diesel prices surged sharply on Thursday after prices were raised by up to 24 paise and 29 paise per litre across metro cities. Petrol prices in Delhi were hiked by 23 paise on Thursday, taking the overall price to an all-time high of Rs 84.2 per litre. Diesel also surged by 26 paise to Rs 74.38 per litre in the national capital. This is the first price revision in nearly a month.

The last time petrol touched Rs 84 was on October 4, 2018. Diesel too had recorded the highest rise to reach an all-time high of Rs 75.45 a litre on October 4, 2018. After much furour, the government had then reduced excise duty on petrol and diesel by Rs 1.50 per litre and state-owned retails also cut prices by Re 1/litre. The measure helped ease inflationary pressure and gave a boost to consumer confidence.

"However no tax cut is under consideration as of present," a senior government official told news agency PTI on Wednesday. Petrol and diesel prices are supposed to be revised on a daily basis after taking into consideration the benchmark international price and foreign exchange but government-controlled fuel retailers have been moderating rates since the pandemic broke out in India.

Meanwhile, crude oil prices rose to their highest levels since February 2020 on Wednesday after Saudi Arabia announced a big voluntary production cut and on a steep fall in US crude inventories, Reuters reported. Brent crude settled up 70 cents, or 1.3%, at $54.30 a barrel. Earlier in the session, it hit a high of $54.73 a barrel, a level not seen since Feb. 26, 2020. US West Texas Intermediate (WTI) futures settled 70 cents higher, or 1.4%, at $50.63 a barrel. The contract touched $50.94 a barrel, its highest since late February.