Legal provisions or market forces: Which will have greater impact on price reduction consequent to GST rate cuts?

What does the recent Goods and Services Tax (GST) rate cut mean for the ultimate consumer? Can he expect to benefit from the tax cut immediately, say, by way of reduction in MRP on the product? Is there an upper limit to the time, by which the tax cut will be passed on to the consumers? Finally, what happens if the cuts are not passed on to them either fully or partly?

GST Council announced substantial GST rate cuts effective from July 27, 2018; including 28-18 per cent on consumer durables, domestic electrical appliances, televisions (up to 68cm), storage water heaters, paints and varnishes, scent sprays, etc. and 12 per cent to Nil on sanitary napkins. A simple reading of this reduction would mean that if the base price of a sanitary napkin pack was Rs 100, the 12 per cent GST payable thereon (which means a retail sale price or MRP of Rs 112), will no longer be payable now. So the expectation would be that the retail price for the consumer would go down by (12/112=) 10.7 per cent to Rs 100. And where the reduction is from 28-18 per cent, the price reduction expected is (10/128=) 7.8 per cent.

Against this common expectation, it appears that the actual price cut considered by the sanitary napkin manufacturers ranges between only 1.5-2.5 per cent. In rupee terms, this means that the proposed reduction in the retail price of a pack of sanitary napkins, is only about Rs. 2-3 and not Rs. 12 as computed above.

Will this amount to profiteering by the local manufacturers? Will the long arm of the law catch up to hammer the prices down further? If we go by the legal provisions, the manufacturer-supplier is required to make only a 'commensurate' reduction in prices. Since the GST paid on inputs, which go into the manufacture of the exempted final product becomes a cost - as no input tax credit is available in respect of exempted outward supplies - the manufacturer may have a case to argue that there is no 'profiteering' by him as long as the base price is not raised beyond such additional costs.

In the above example, if Rs 9-10 is the GST paid on inputs and input services, which go into manufacture of sanitary napkins for which no input tax credit is available now, the manufacturer may have an argument to be within his right to adjust the base price to Rs. 109-110 and charge Nil GST on the final product (retail price will be Rs. 109-110).

The products, on which there is only a rate reduction but no exemption, the law in general allows for taking input tax credit of the GST paid at the earlier stage of supply; and where there is accumulation of credit, the law even allows refund of accumulated credit. Hence, the manufacturer may not have a strong case to not reduce the retail price to the extent of reduction, though there could be a transmission lag.

Here we note that the Department of Consumer Affairs (DCA) has granted permission to declare reduced MRP on the unsold stocks of pre-packaged commodities, on which the GST has been reduced, by way of affixing additional sticker or by way of stamping or online printing up to 31 December 2018. The DCA order also clarifies that any packaging material or wrapper which remains unexhausted can also be utilised, after making such corrections in the MRP, till up to 31 December 2018. So the DCA order appears to allow for up to 5 months for the transmission, in the case of pre-packaged consumer goods, though the anti-profiteering clause in the GST law does not brook any delay in the amount of tax charged from the recipient (who could be a distributor).

In the case of fully exempt consumer goods, neither the anti-profiteering clause nor the DCA order may help beyond the limited revision in the MRP, as mentioned above. So the legal provisions may only enable limited hammering down of the prices in cases of exemption, though in other cases, there could be a near immediate reduction in retail prices in view of the anti-profiteering clause and the DCA order.

However, the market forces can run deeper though somewhat slower. If the consumer or a competitive supplier were to directly import any of the products (on which there has been rate reduction) from abroad, the integrated tax (CVD) thereon as is leviable on like supplies in India, will now be lower (i.e. the revised rate) and accordingly the landed cost/price will also be lower. To continue with the illustration, in the case of sanitary napkins, the CVD will now be zero as against 12 per cent earlier. Assuming that the earlier landed cost inclusive of customs duties was at par with domestic price, i.e. Rs 112, with the reduction in CVD, the new landed cost would be only Rs 100. So if the product can be easily substituted through imports, the local manufacturer will be under pressure to reduce the price further to stay afloat in the market.

However, to the extent the local manufacturer suffers additional cost; there may be a negative impact on the 'Make-In-India' programme as well. Hope the government takes note of this. 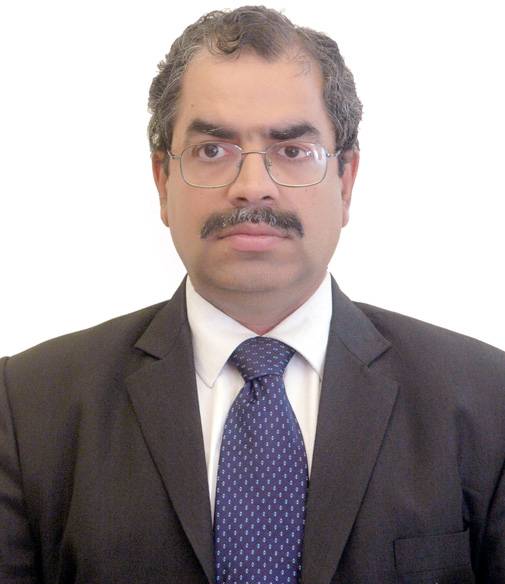 (The author is an advocate and executive partner, Lakshmikumaran & Sridharan. Views are personal.)