The Aam Aadmi Party is all set to emerge as a clear winner in the Punjab elections, according to the India Today - Axis My India exit poll.

AAP is expected to win 76-90 seats in Punjab, as per Axis My India exit poll.

Arvind Kejriwal's Aam Aadmi Party is all set to emerge as a clear winner in the Punjab elections, the India Today - Axis My India exit poll predicts.

The party, which is currently in power in Delhi, is predicted to get a 41 per cent vote share, translating into 76-90 seats in the 117-member assembly. Congress, the incumbent party, could get 19-31 seats with a vote share of 23 per cent, the exit poll predicted. 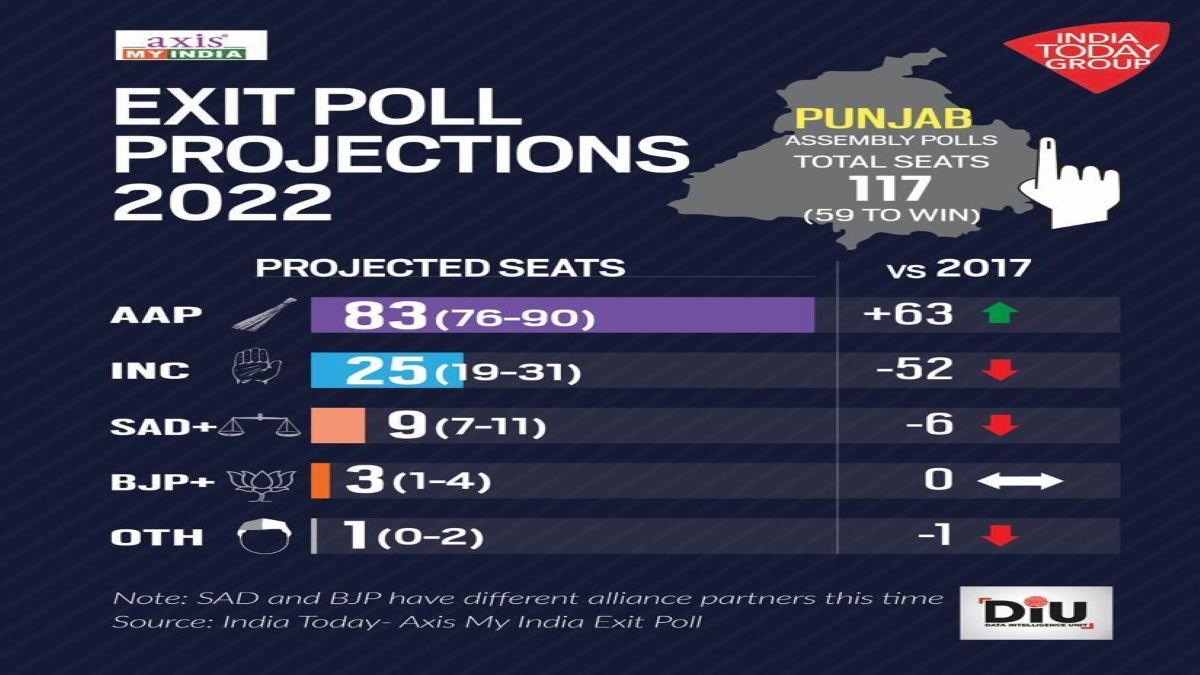 The Shiromani Akali Dal (SAD) is predicted to win 7-11 seats with 18 per cent votes, while the Bharatiya Janata Party (BJP), along with former chief minister Amarinder Singh's Punjab Lok Congress, is likely to bag 1-4 seats with 7 per cent votes.

According to the exit poll, AAP is predicted to sweep the Malwa region of Punjab by winning 63 seats out of 69. AAP has declared Bhagwant Mann as its chief ministerial candidate for the state.