The alliance of Congress and GFP is predicted to win 15-20 seats, while the ruling BJP is likely to win 14-18 seats.

Goa is expected to see a hung assembly with no party or alliance getting a majority.

Goa is expected to see a hung assembly with no party or alliance getting a majority in the 40-member assembly, the India Today - Axis My India exit poll predicted.

The alliance of Congress and Goa Forward Party (GFP) is predicted to win 15-20 seats, while the ruling Bharatiya Janta Party (BJP) is likely to win 14-18 seats.

The alliance of Trinamool Congress (TMC) and Maharashtrawadi Gomantak Party (MGP) is predicted to end at the third spot bagging 2-5 seats while others are expected to win 0-4 seats. 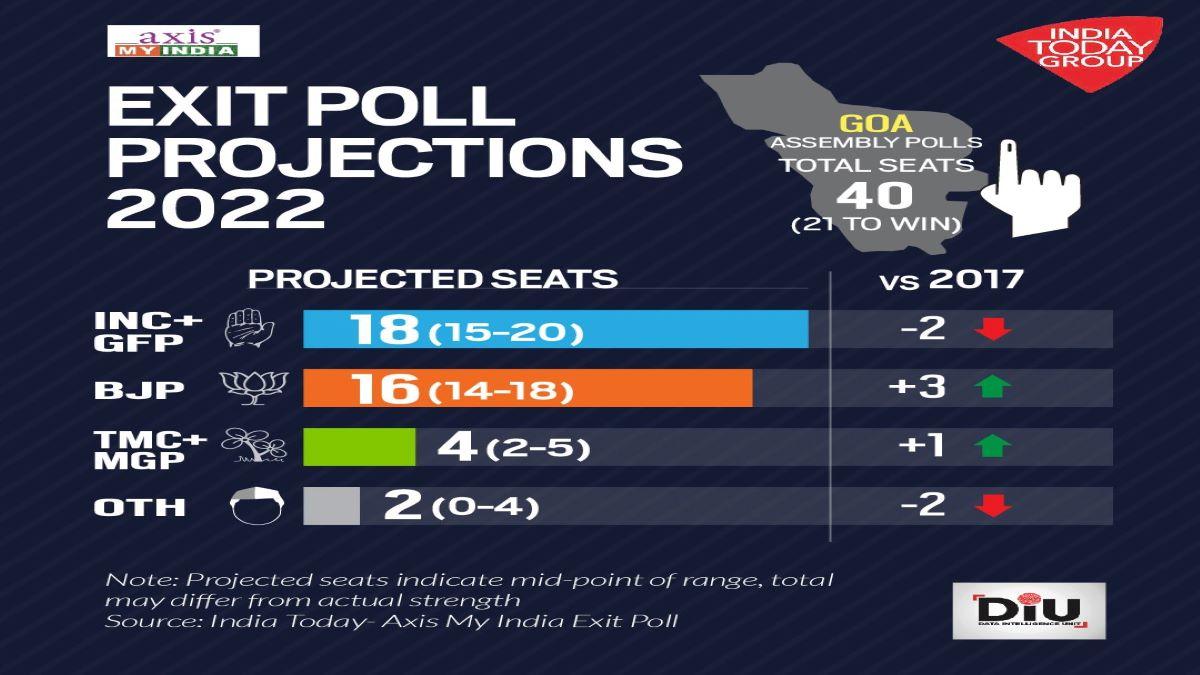 Chief Minister Pramod Sawant, however, exuded confidence and said that BJP will come back to power in the state. "BJP will get 18-22 seats in Goa and will form the government. Our priority is to complete infrastructure projects of our double engine government," he told news agency ANI.