Being built at Delhi's Teen Murti Estate, Pradhan Mantri Sangrahalaya covers the life and times of all the 14 Indian prime ministers so far and will showcase their contributions.

The Pradhan Mantri Sangrahalaya, a museum dedicated to prime ministers of India, will be inaugurated on April 14 to coincide with B R Ambedkar's birth anniversary.

The museum recognises the contribution of all Prime Ministers irrespective of their ideology or tenure in office, according to the vision of Prime Minister Narendra Modi.

Being built at Delhi's Teen Murti Estate, the museum covers the life and times of all the 14 Indian prime ministers so far and will showcase their contributions. 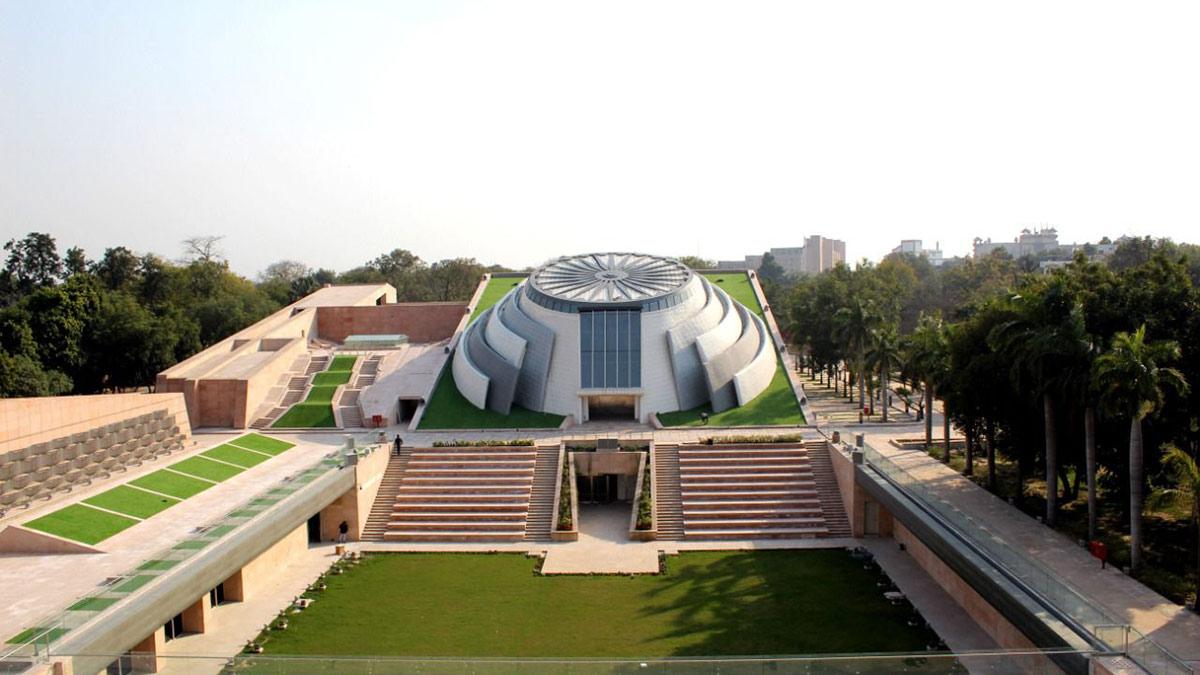 It is an endeavour led by PM Modi which is aimed at sensitising and inspiring the younger generation about the leadership, vision and achievements of all Prime Ministers of India.

Meanwhile, the collections and works of Jawaharlal Nehru will stay at the Nehru Memorial Museum, which is updated with technologically advanced display of the life and contribution of the country's first Prime Minister.

Starting from India's freedom struggle, and the making of the Constitution, the Sangrahalaya goes on to tell the story of how India's Prime Ministers navigated the nation through various challenges and ensured the all-round progress of the country. The guiding principle has been to recognise the contribution of all the Prime Ministers in a non-partisan manner. 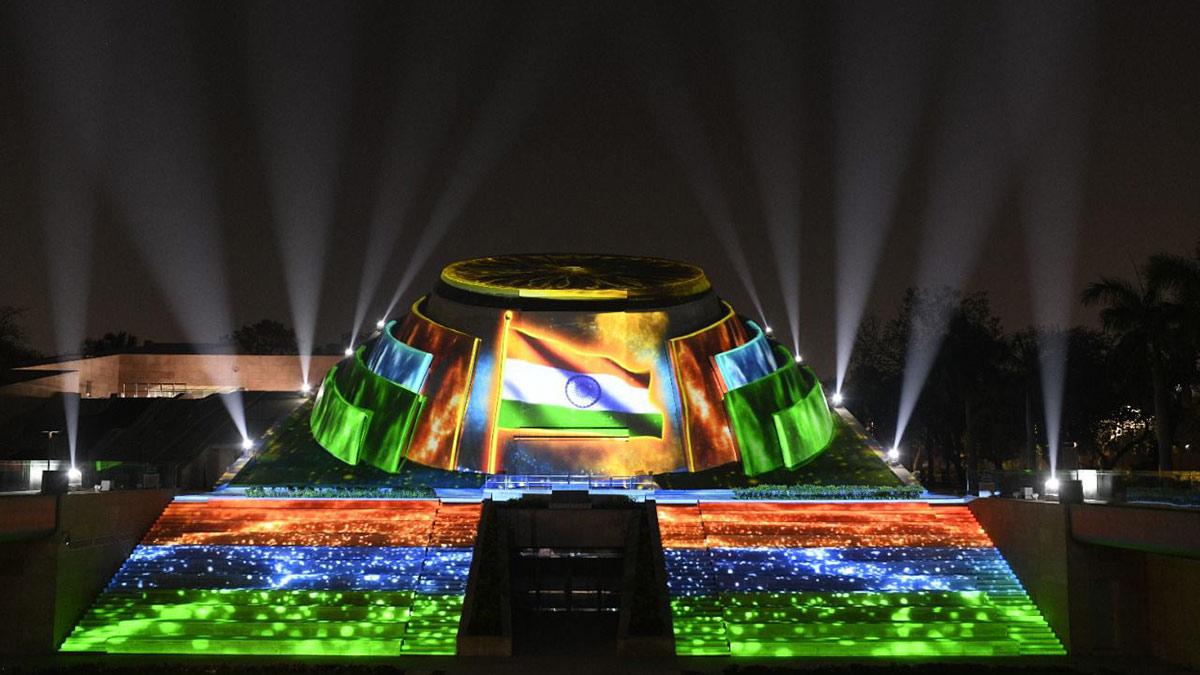 The design of the museum building is inspired by the story of rising India, shaped and moulded at the hands of its leaders. It incorporates sustainable and energy conservation practices as no tree has been felled or transplanted.

The total area of the building is 10,491 sq mt. The logo of the building represents the hands of the people of India holding the Chakra symbolising the nation and democracy. The Pradhan Mantri Sangrahalaya has employed cutting edge technology-based interfaces to present information in an easy and interesting manner, especially for the youth. 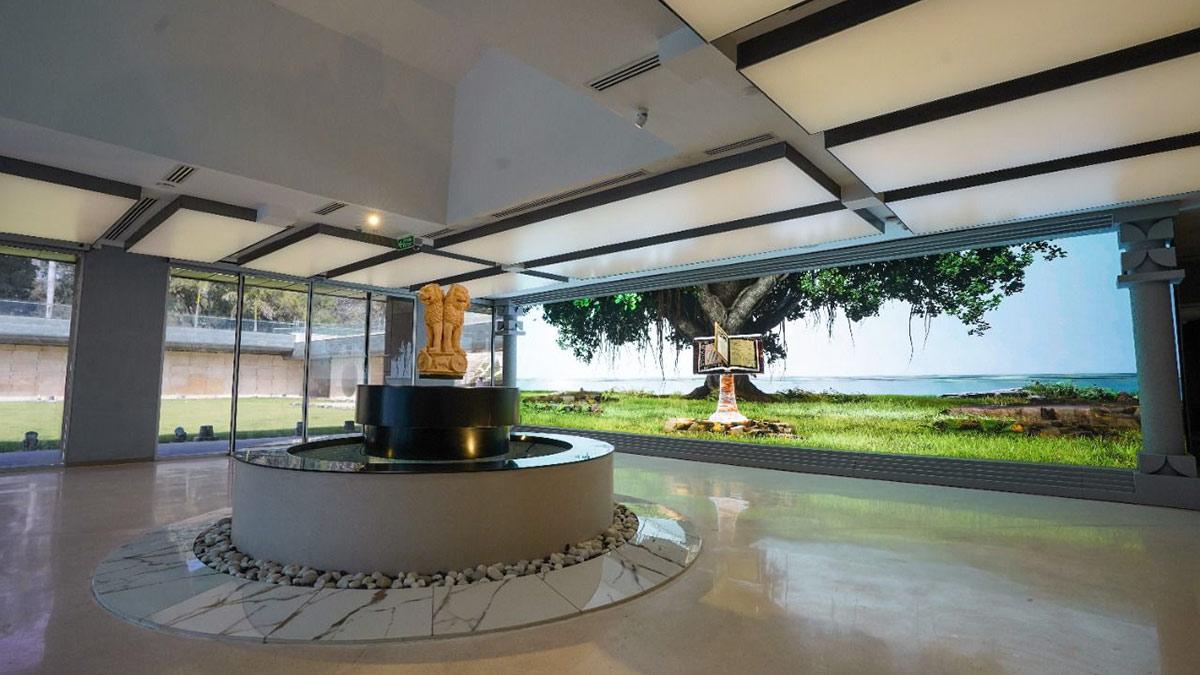 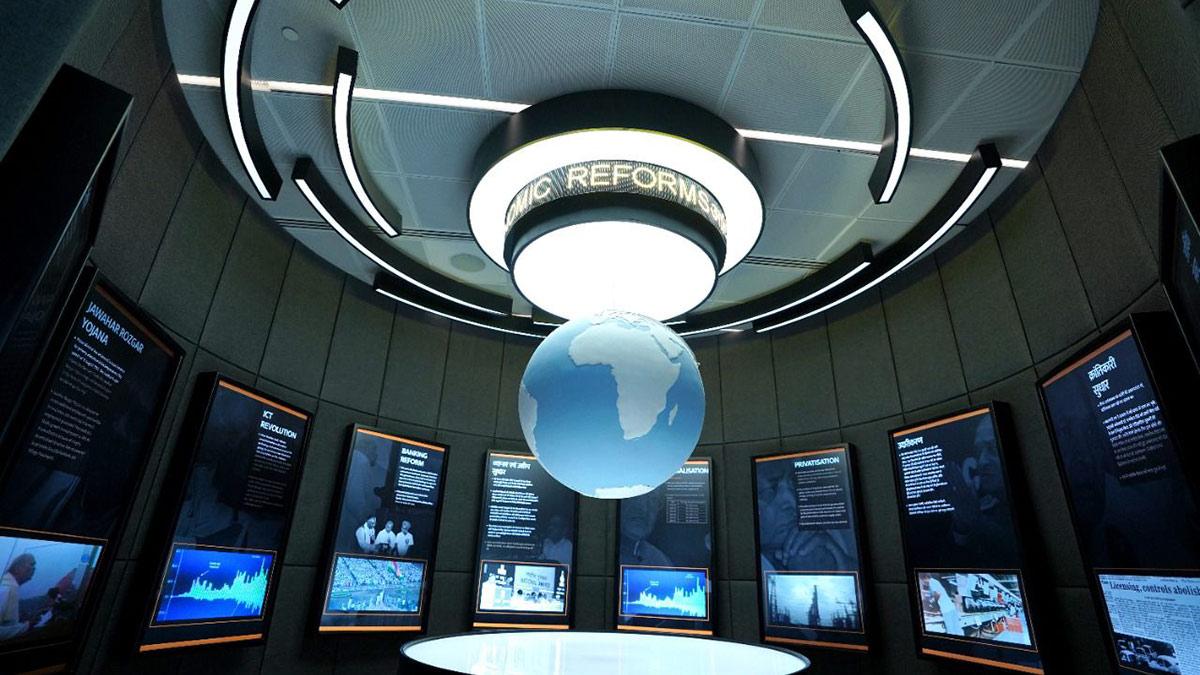 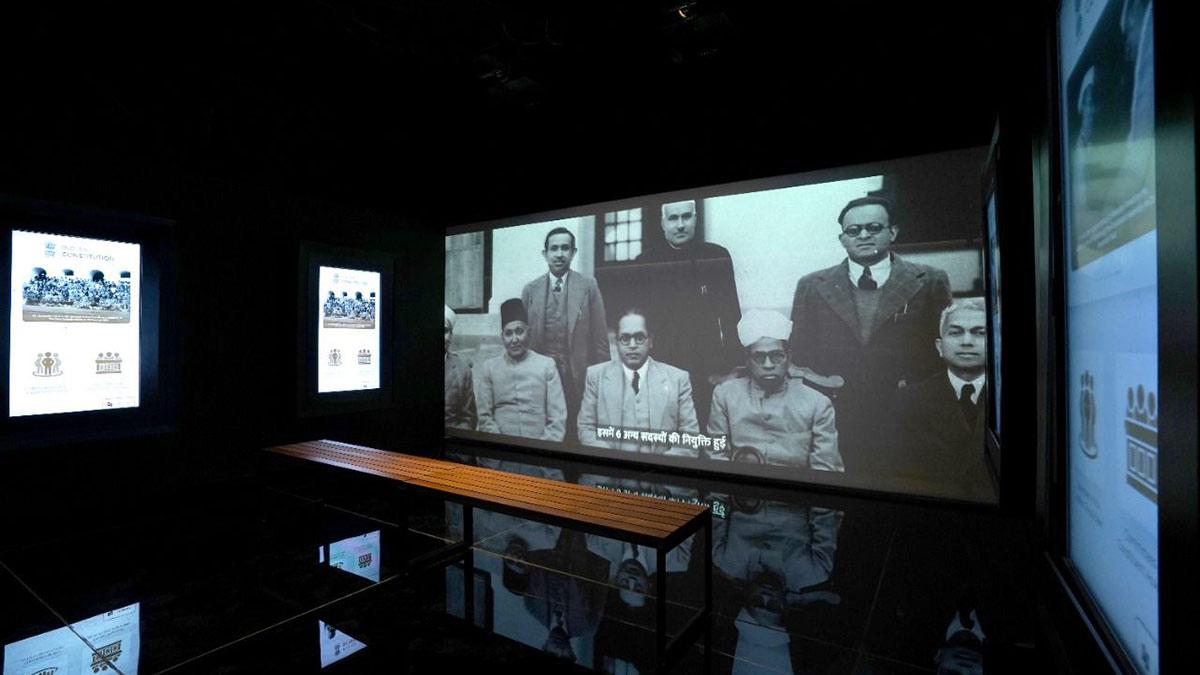 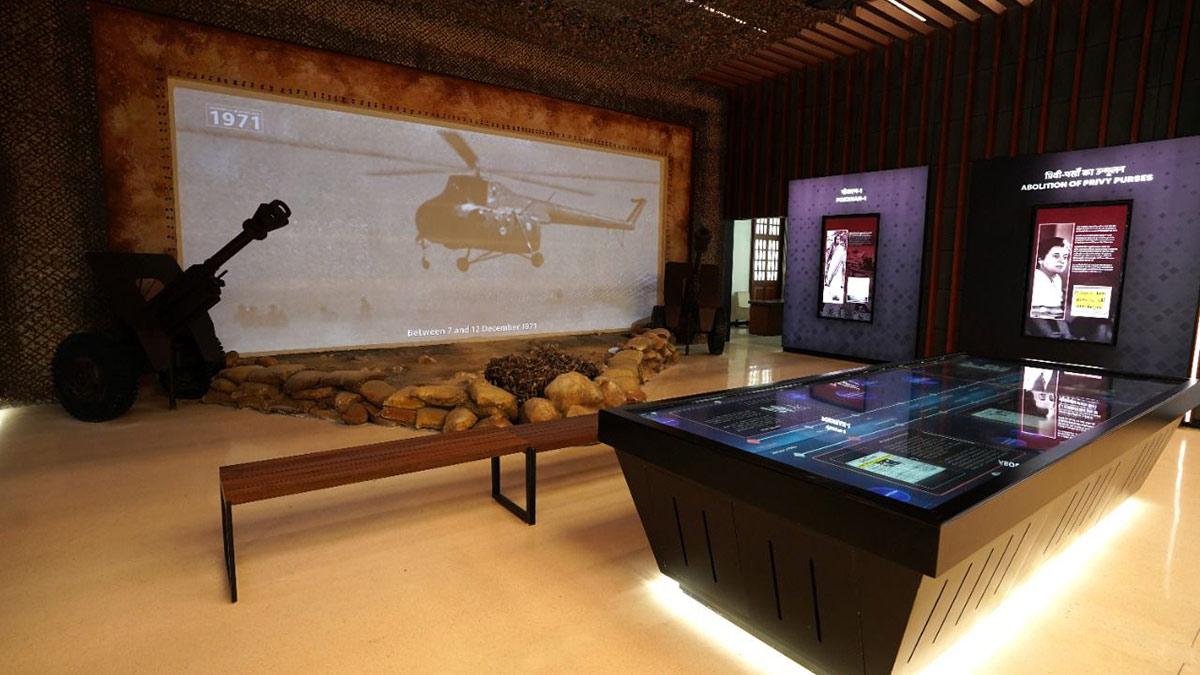