The malware affected people from nearly 200 countries with Indians being the most exposed.

A malware capable of stealing sensitive information including WhatsApp data, has been marked for attention on Google Play Store. Malware (a portmanteau for malicious software) is a software that is deliberately designed to cause damage to a computer, server, client, or computer network. Experts have detected as many as six apps that allowed the infected program to enter the Play Store. The infected applications were downloaded 1 lakh times by the Android users. The malware affected people from nearly 200 countries with Indians being the most exposed. 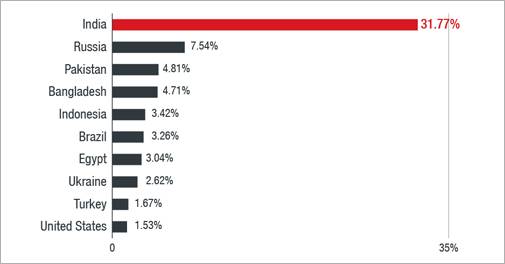 According to Trend Micro, a Japanese cyber security company, a spyware (detected as ANDROIDOS_MOBSTSPY) disguised as legitimate Android applications was found on Play Store. The applications were available for download on Google Play in 2018, with some recorded to have already been downloaded over 1,00,000 times by users from all over the world. Some of the applications that were found to carry the malware were Flappy Birr Dog, applications like FlashLight, HZPermis Pro Arabe, Win7imulator, Win7Launcher and Flappy Bird. As of writing, Google has already removed all of these applications from the Google Play.

Also Read: Apple users need to be wary of this new phishing scam

Once the app having MOBSTSPY is downloaded on to the users' phone, the app can be used to steal information like user location, SMS conversations, call logs and clipboard items. Even data from the platforms like WhatsApp, Snapchat, and Facebook wasn't secluded from this spyware. MOBSTSPY uses Firebase Cloud Messaging to send information to its server. Despite the prevalence and usefulness of apps, users must remain cautious when downloading them to their devices, warned Trend Micro. "The popularity of apps serves as an incentive for cybercriminals to continue developing campaigns that utilize them to steal information or perform other kinds of attacks", Trend Miro added.