Aliens might be real after all! Pentagon releases three UFO footages

In September 2019, the Pentagon had verified these videos and released the three videos to clear up any misconceptions by the public on whether or not the footage that has been circulating was real or whether or not there is more to the videos 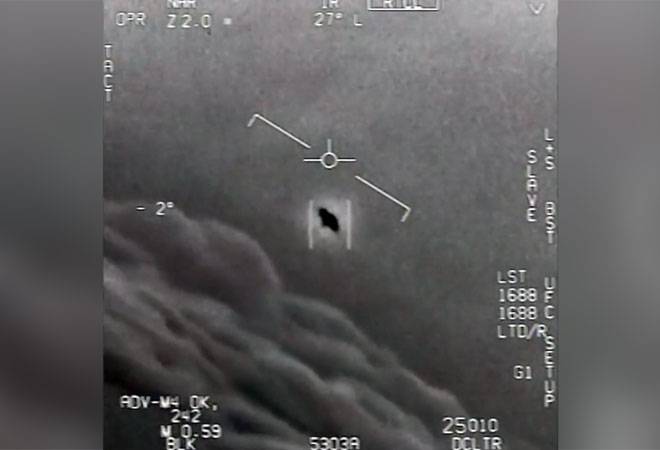 A snapshot of one of the footages the Pentagon released

There might finally be proof that we are not alone in this universe. The US Department of Defence, aka the Pentagon, has released three declassified footage and called them "unexplained aerial phenomenon". These videos show US Naval pilots coming across unidentified flying objects (UFOs).

"After a thorough review, the department has determined that the authorised release of these unclassified videos does not reveal any sensitive capabilities or systems and does not impinge on any subsequent investigations of military air space incursions by unidentified aerial phenomena," Pentagon spokesperson Sue Gough said in a statement.

UFO sightings have been a common claim amongst people throughout the 20th century. These have led to several conspiracy theories about governments hushing up contact with aliens. Area 51, a US military zone has been at the centre of such conspiracies.

Still, most sightings were refuted. In 2007, the Pentagon launched a programme to study these aerial occurrences, but it was pulled back in 2012 due to funding issues. Luiz Elizondo, the former head of this programme had told CNN in 2017 that there is evidence of alien life.