Surya Grahan Date and Timings: The solar eclipse on June 10 will last from 01:42 pm- 06:41 pm and will only be visible in some parts of India 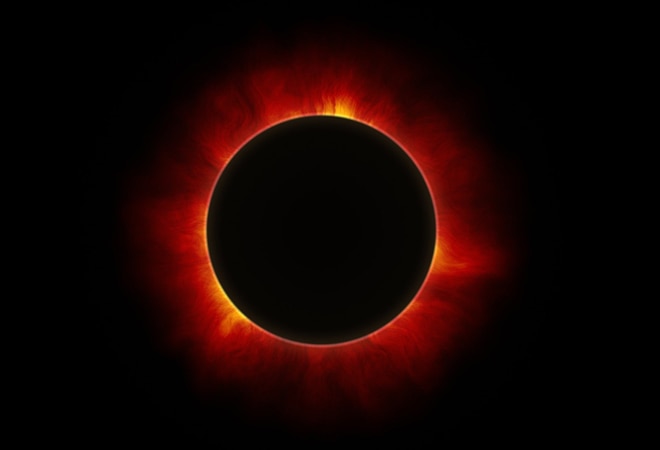 Annular Solar Eclipse: Will Surya Grahan be Visible in India?

In this event, Sun will look like a dark disk as the Moon is not able to block the entire view of the Sun, thus, creating a 'ring of fire' or annulus around the Moon.

People living in parts of Canada, Greenland and northern Russia can witness the annular eclipse.

Those living in parts of United States, northern Alaska, much of Canada and parts of the Caribbean, Europe, Asia and northern Africa will be able to experience partial solar eclipse, according to NASA.

Will Solar Eclipse be visible in India?

MP Birla Planetarium director Debiprasad Duari said, "On the northern borders, in Ladakh, a sliver of land in the border region can experience the last phase of the partial eclipse, again for a short duration, but relatively at a higher altitude than the eastern part of the country."

How to watch solar eclipse safely?

It is not safe to view the solar eclipse -- annular or partial -- with the naked eye. Sky watchers are advised to use solar viewing or eclipse glasses throughout the duration of the eclipse.

In case you do not have solar viewing or eclipse glasses, you can use a pinhole projector for the same. Even regular sunglasses are not advised to view a solar eclipse.

Also read: Total lunar eclipse date: Blood Moon on May 26, timings; all you need to know