Batla House box office collection Day 8: Batla House has raked in Rs 62.06 crore so far but is struggling to stay afloat at the box office in its second week. 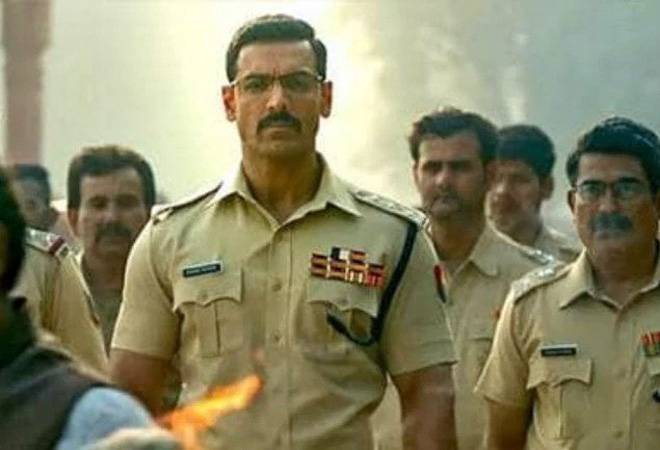 John Abraham starrer Batla House continues to fight it out with Akshay Kumar's Mission Mangal, which is unstoppable at the ticket window. Batla House has raked in Rs 62.06 crore so far but is struggling to stay afloat at the box office in its second week. Although both the films released on Independence Day (August 15), Mission Mangal has managed to lead the race with its total earnings amounting to Rs 127.23 crore so far.

However, Batla House is expected to see a boost in its earnings during the weekend as no big release is scheduled for release this week. Here is a look at the movie's earnings so far:-

Based on the infamous 2008 Batla House encounter case, the Nikhil Advani directorial has received positive reviews from critics. In the film, John Abraham plays the role of Sanjay Kumar, inspired by real-life hero DCP Sanjeev Kumar Yadav, a recipient of Gallantry Award. Batla House is John Abraham's second release of 2019, followed by April release-Romeo Akbar Walter (RAW), which did not perform well at the box office.

The movie is based on the Batla House encounter, officially known as Operation Batla House, which took place on September 19, 2008, against Indian Mujahideen (IM) terrorists in the Batla House locality in Jamia Nagar, Delhi. During the shootout, two terrorists were killed while two others were arrested. Apart from John Abraham, Batla House also stars Mrunal Thakur.

The gangster-terrorist thriller is a "John Abraham star vehicle," said India Today's Sandeep Unnithan in his review, adding that "the only reason the actor towers over the movie, Thanos-like, is because the film lacks a memorable supporting cast."