Decent advanced bookings of John Abraham's Batla House, coupled with his popularity, could give a tough competition to Akshay Kumar-Vidya Balan's Mission Mangal, which was also released on Independence Day 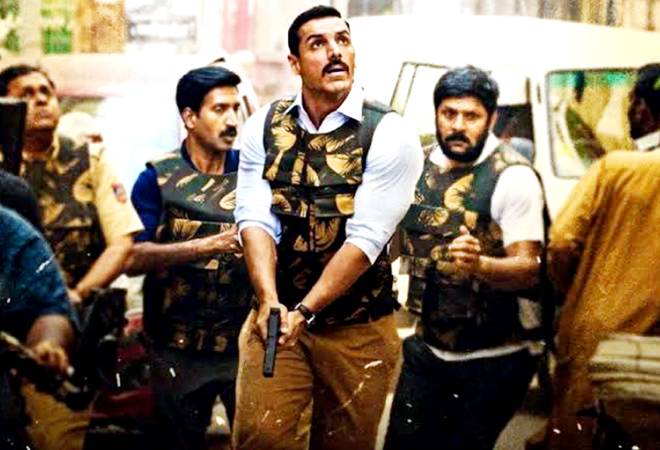 John Abraham starrer Batla House, which has been released on Independence Day, is expected to earn over 14-15 crore on the first day, suggest film trade experts. Based on the 2008 controversial Batla House encounter, John Abraham's film is eyeing to cash in on Independence Day holiday and subsequent weekend, which could propel its overall box office collection to over Rs 40 crore, believe film trade experts. The Nikkhil Advani directorial's advanced bookings, coupled with John Abraham's popularity, could also give a tough competition to Akshay Kumar-Vidya Balan's Mission Mangal, which has also released on Thursday.

"Independence Day is a big holiday and whatever films are released during this time gets a huge jump in the collections. Hence, with word of mouth being the key factor for the Nikkhil Advani directorial, he is "expecting Rs 13-15 crore collection for Batla House on the day of its release and the total collection for Independence Day weekend might be around Rs 35-40 crore," film trade analyst Girish Johar told the Indian Express.

Strict action being taken against those trying to disturb peace in Jaipur: Rajasthan CM