Bird flu outbreak: Which are most affected states; can it spread to humans?

The new year began for the country with the spread of avian flu in 9 states so far, with Delhi and Maharashtra being the latest to confirm the outbreak 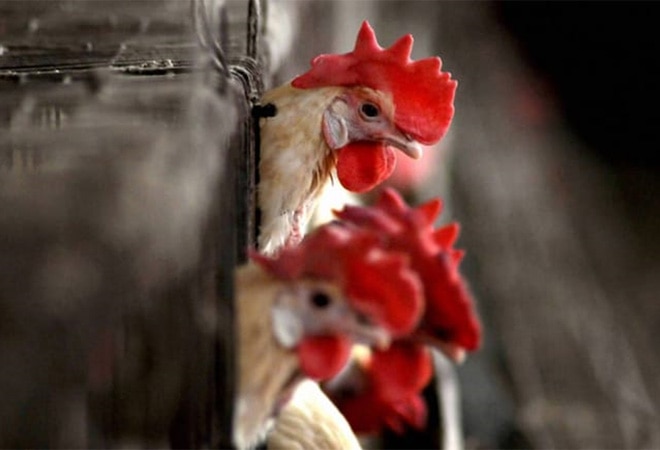 The bird flu influenza has claimed the lives of wild, migratory and poultry birds (Image- PTI)

With COVID-19 not out of sight yet another flu outbreak has struck India. The new year began for the country with the spread of avian flu in 9 states so far, with Delhi and Maharashtra being the latest to confirm the outbreak.

The bird flu influenza has claimed the lives of wild, migratory and poultry birds with Haryana reporting the most number of deaths. Over 4 lakh birds have died in the state in past 10 days.

Around 4,235 migratory birds have succumbed to the H5N1 variant of the flu in Himachal Pradesh.

Rajasthan has reported 2,950 bird deaths in the state. Most of the dead birds are crows, followed by peacocks and pigeons. Over 1,100 crows and other wild birds were found dead in Madhya Pradesh.

Delhi reported deaths of over 100 crows and 10 ducks. Samples sent for testing at a Bhopal-based lab confirmed bird flu on Monday.

Kerala, Gujarat and Uttar Pradesh are the other states which have seen confirmed cases of bird flu.

Can it spread to humans?

The samples were tested and found to be a case of infection caused by Influenza Type-A virus, primarily H5N1, which is considered a Highly Pathogenic Avian Influenza (HPAI) variant.

Other strains such as H7N1, H8N1 or H5N8 also cause bird flu and belong to the same HPAI category. While bird flu outbreak in Himachal Pradesh has been caused by H5N1, the samples from Kerala, Madhya Pradesh and Rajasthan have shown the presence of H5N8 variant.

The viral strain, H5N1 has a history of spreading over to humans from birds. Another variant H7N9 is considered very lethal to humans. However, the instances of bird flu among humans have been uncommon. The first recorded bird flu outbreak among humans was in 1996-97 in Hong Kong and China. The mortality rate has been high, however, in all human outbreaks. Six of 18 cases in Hong Kong had led to death.

Many states are culling birds to curb the spread of the flu.

Kerala has planned to cull around 70,000 birds in the worst-affected Alappuzha district. Maharashtra's district administration has decided to cull nearly 8,000 birds in one-kilometre radius of the village where deaths were reported.

The actual economic cost of the current bird flu outbreak is yet to be calculated given that this is an ongoing situation. However, just rumours and conjectures of birds being possible COVID-19 carriers led to a loss of about $1 billion to the poultry sector in 2020.

India consumes around 30 crore eggs and 900 crore chickens sourced from poultry farms every month. The poultry sector of India is worth Rs 80,000 crore, of which more than three-fourths is from the organised sector.

Around 3 crore farmers are engaged in the unorganised sector of poultry engaging in backyard bird-keeping and supplying products to aggregators.India exports processed poultry products such as egg powder, yolk powder, chicken products and also pharmaceutical ingredients from the poultry sector worth hundreds of crores every year. It is yet to be seen how this will impact the domestic and international markets.