A one-man commission, headed by retired Madras High Court judge Aruna Jagadesan, probing the violence at the Sterlite factory in Tuticorin in May 2018, has issued summons to Rajinikanth 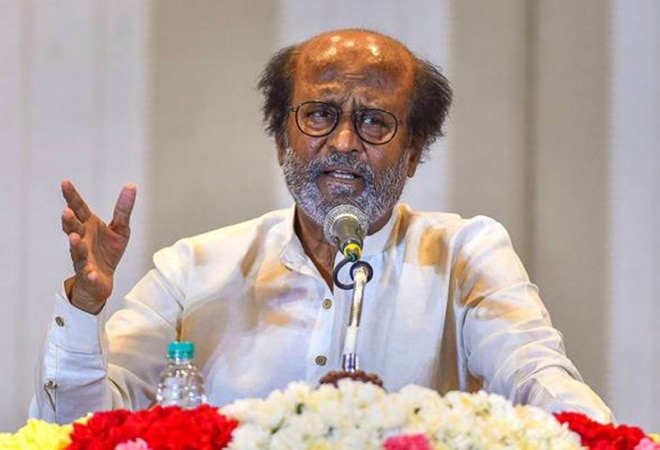 In trouble for superstar Rajinikanth, a one person inquiry commission, probing the Tuticorin firing case, on Monday issued a summon to the actor over his remark that "antisocial elements infiltrated protests" at Sterlite plant in which 13 people were killed. The Tamil cinema megastar has been asked to depose before the commission on January 19, regarding his comments on the Tuticorin shootout incident.

The violence at the Sterlite factory in Tuticorin had taken place on May 22-23, 2018, as protesters, demanded closure of Vedanta's Sterlite plant in the district over pollution issues. Rajinikanth, who had visited the town later to meet the injured, had blamed anti-social elements for the anti-Sterlite protests and had asked the state government to "come down hard" on them.

Retired judge Aruna Jagadeesan-led judicial panel, who is investigating the case, has summoned the actor to inquire about his remark that "anti-social elements" had infiltrated the protest. As per the report, the actor has been asked to appear before the commission on January 19, 2020. The panel had summoned Rajinikanth earlier in February this year, but the actor had sought exemption from appearance.

The state government had formed the commission, headed by retired High Court Judge Aruna Jagadeesan in 2018, to probe the violence at Sterlite Copper plant. The commission has questioned 492 people over 20 phases of the investigation and has studied over 660 documents pertaining to the incident.