Coronavirus cases in India: During the last 24 hours, a total of 10,495 COVID-19 patients have recovered, taking the recovery rate to around 56.70 per cent. The mortality rate stands at 3.11 per cent 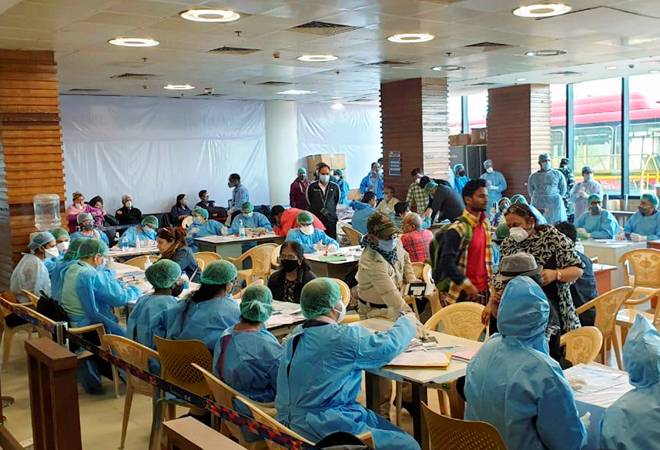 Andaman and Nicobar, Dadra and Nagar Haveli and Daman and Diu, Meghalaya and Sikkim are the only four states and Union Territories that have fewer than 100 cases

India, on Wednesday, witnessed almost 16,000 new cases of coronavirus as per the latest data by the Union Health Ministry. The country reported 15,968 positive cases and 465 deaths in the last 24 hours. With this, the country's coronavirus tally has surged to 4.56 lakh, including 1.83 lakh active cases, 2.58 recovered patients, and 14,476 deaths.

Of the 465 fresh fatalities reported till Wednesday morning,  248 were in Maharashtra, 68 in Delhi, 39 in Tamil Nadu, 26 in Gujarat, 19 in Uttar Pradesh, 11 in West Bengal, nine each in Rajasthan and Haryana, eight each in Karnataka and Andhra Pradesh, four each in Punjab and Madhya Pradesh, three in Telangana, two each in Jammu and Kashmir, Odisha and Uttarakhand. Kerala, Bihar and Puducherry have reported one COVID-19 fatality each.

There are nine states that have recorded more than 10,000 cases including West Bengal, Uttar Pradesh, Tamil Nadu, Rajasthan, Maharashtra, Madhya Pradesh, Haryana, Gujarat, and Delhi. Andhra Pradesh with 9,372 cases, Karnataka with 9,721, and Telangana with 9,553 are rapidly moving towards the 10,000 cases mark.

Andaman and Nicobar, Dadra and Nagar Haveli and Daman and Diu, Meghalaya and Sikkim are the only four states and Union Territories that have fewer than 100 cases.