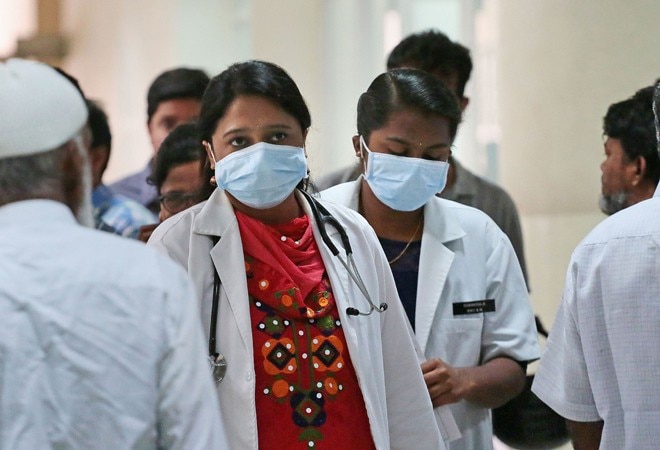 While the world is worried over how to contain the spreading of coronavirus, Kerala has proactively come up with urgent measures to prevent possible outbreak of the disease in the state. The southern state is the first one in India to report the disease in a student who returned from Wuhan in China. Kerala had got international appreciation two years ago when it successfully restricted outbreak of Nipah virus to just two districts in the state, but not before the deadly brain damaging, bat-borne disease killed 17 people in those districts within a couple of weeks.

After a student, who returned to Kerala from Wuhan via Kolkata on January 24, came to the Thrissur General Hospital with possible symptoms, he was quickly quarantined to an isolation ward within a couple of days. The state initiated measures to trace people who were in close contact with the student, a method known as 'contact tracing' used globally to effectively prevent outbreak of such contagious diseases. This method was successfully used in preventing the Nipah outbreak in the state in 2018, said sources.

They said a rapid response team headed by State Health Minister K K Shailaja initiated measures to contact trace 800-odd people who are now under observation. Of the suspected four students with fever and other symptoms who were isolated, and 20 samples sent for screening to the Virology Institute in Pune, only one has been confirmed positive so far. Condition of the patient is stable, the Minister said in a press meet.

The state government, which had alerted people returning from China and other infected countries, also traced people who did not voluntarily report to the medical authorities for screening. Kerala has set up a control room, isolation wards in all government medical colleges and at least one isolation ward in each of the district hospitals, besides training the staff.

Kerala Health Minister said a high level meeting was conducted with the Union Health Ministry and state officials. She added that those under observation should follow a home quarantine method, and avoid public functions and close contact with other people in the family. Further, the state has also taken a decision to set up isolation wards in all the leading private hospitals. Treatment protocol, referral and training to paramedics and support staff are also being done. Meetings of various Government departments have been held to coordinate the activities, said a state government press statement.

Meanwhile, reports said the first special flight carrying around 300 Indian nationals, mostly students, from Wuhan would land in New Delhi by early morning. Suspected patients will be isolated to wards in hospitals like All India Institute of Medical Sciences (AIIMS). Reportedly, Indian army has also arranged quarantine facilities at Manesar to accommodate and observe suspected patients.

The WHO, which today declared the outbreak as a Public Health Emergency of International Concern (PHEIC), said 7,818 cases have been confirmed globally, of which 7,736 cases were in China, and 170 deaths have happened so far.

Meanwhile, the Chinese news agency Xinhua, quoting a local newspaper said three drugs - Remdesivir, Chloroquine and Ritonavir - have shown fairly good inhibitory effects to suppress the virus. The discovery was jointly made by researchers from the Academy of Military Medical Sciences and the Wuhan Institute of Virology (WIV) under the Chinese Academy of Sciences (CAS) and are now under relevant procedures to gain approval for clinical use, the news report said. Remdesivir was the drug that effectively checked the Ebola virus, Chloroquine is used to treat malaria, and Ritonavir is an anti-HIV drug. The WHO is yet to corroborate the finding.

This US-based edtech firm guarantees a job within six months