Delhi weather update: The India Meteorological Department (IMD) said that rainfall is likely to continue for a couple of hours in certain parts of Delhi as well as surrounding areas 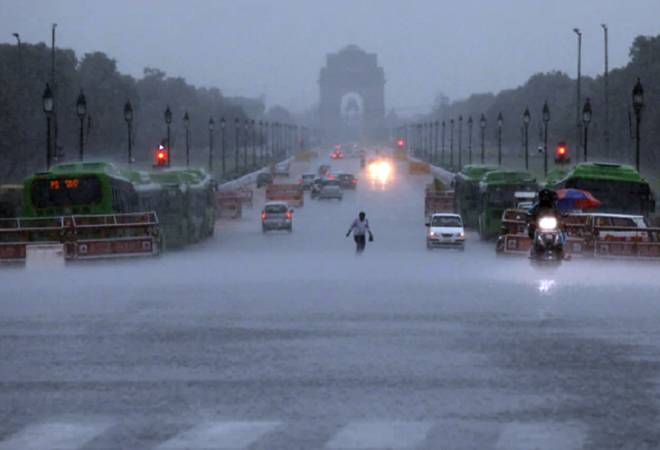 On Sunday, the national capital witnessed heavy rainfall and thundershowers. The India Meteorological Department (IMD) said that rainfall is likely to continue for a couple of hours in certain parts of Delhi as well as surrounding areas like Gurugram, Noida, Ghaziabad, Faridabad, Rohtak, and Sonipat.

"Thundershowers with lightning over Delhi-NCR region is likely to continue during next 2-3 hours due to clouds approaching from West/Northwest sector over Delhi. The Delhi radar image shows the cloud movement from west/northwest sector towards Delhi," the IMD said on Sunday morning.

Kuldeep Srivastava, head of regional forecasting centre of the IMD had earlier predicted rainfall for the next two days. "The monsoon trough has started shifting towards the north. Light to moderate rains are expected in Delhi over the next two days."

This comes as a respite for Delhi where rainfall remained elusive this season. The Safdarjung Observatory has recorded 47.9 mm rainfall in July so far -- 56 per cent less than the normal of 109.4 mm. Similarly Palam and Lodhi Road weather stations also recorded 38 and 49 per cent less rains in July.

Skymet Weather predicted that the trough would move north and stabilise for the next couple of days resulting in a significant increase in rainfall in Delhi, Haryana and Punjab from July 19 to 21.

On Saturday, Delhi recorded a maximum temperature of 36.4 degree Celsius, which is three notches above normal. Humidity also shot up to 89 per cent.

Also read: 'We are with you': Football club Arsenal writes to flood-ravaged Assam