In a survey conducted by New Delhi-based online platform LocalCircles, 62% of 17,000 respondents were hesitant to get vaccinated immediately, mainly due to worries over possible adverse reactions 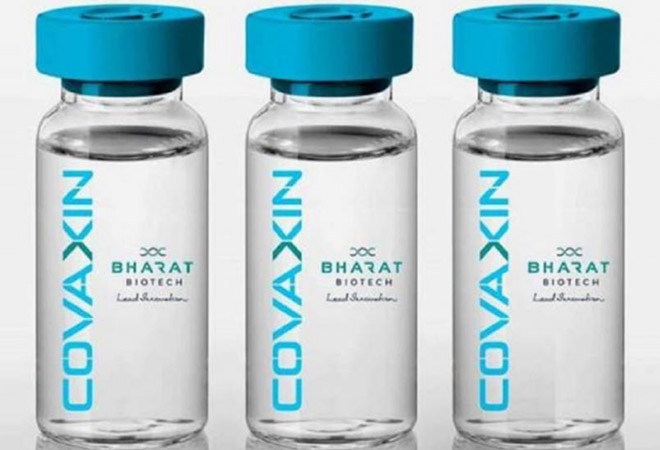 Reena Jani rose early, finished her chores in the crisp January cold and walked uphill to the road skirting her remote tribal hamlet of Pendajam in eastern India.

"I was frightened because of my son and daughters. If something happens to me, what will they do?" Jani told Reuters, visibly relieved after the injection produced no immediate side effects.

The vaccine she received had travelled much further. It was taken by plane, truck and van some 1,700 km from the factory to the clinic where Jani waited, and it had to be kept cold the whole way.

Its safe arrival in Koraput district, where leftist guerrillas wage a low-level insurgency amid rolling hills and thick forests, was testament to detailed planning and groundwork by authorities in the state of Odisha.

But officials acknowledge this is just the tip of the iceberg.

The 1.5 million vaccinated so far, mainly targeting key workers like Jani, are a tiny first phase of a vaccine programme that India hopes will eventually protect its 1.4 billion people from the coronavirus.

Only when the much larger third phase is launched, aimed at 270 million people deemed vulnerable, will the government know if its plan to distribute shots across sometimes hostile terrain and amid high temperatures will succeed.

"The problem will start from the third phase when the public will start coming," said Madhusudan Mishra, Koraput's district collector. "That will be a real challenge."

Supplying vaccines is one thing. Convincing people to take them is another.

Scepticism about the safety and efficacy of COVID-19 shots is high in India, particularly in rural areas, officials say, and misinformation via social media platforms and word-of-mouth could undermine the effort.

The COVID-19 vaccine Jani took was developed by AstraZeneca and Oxford University. India is also using another developed by Bharat Biotech.

The deployment comes as the number of coronavirus cases in India approached 11 million and deaths exceeded 150,000.

Manufactured in the western city of Pune by the Serum Institute of India, the world's largest vaccine maker by volume, some 40,800 vials of the AstraZeneca shot were flown on a commercial airline into Odisha's capital city on Jan. 12.

A fire last week at the Pune plant killed five people but officials said vaccine production would not be affected.

India has distributed 16.5 million doses of the two approved vaccines to its states and territories, which dispersed them using an army of drivers and an infrastructure established for existing vaccination programmes but bolstered for the pandemic.

In Odisha, after a delayed start on Jan. 13, government staff at the vaccine centre pulled out vials from a cavernous refrigerator and carefully counted them, before packing them into insulated boxes with ice packs to keep them at between 2-8 degrees Celsius for up to three days.

Then it was over to veteran health department driver Lalu Porija. He drove his delivery van all night to reach the site, and now had to truck the vaccines 500 km (310 miles) back to Koraput with an armed policeman in plain clothes for company.

"I am feeling a little tired," said Porija, as he stopped to sip tea late that evening after a traffic jam delayed the trip by several hours.

On Jan. 15, at Koraput's main vaccine store, healthcare workers counted, packed and loaded smaller quantities for the district's five vaccination sites, including the Mathalput Community Health Centre some 30 km away.

A small white van drove out at noon, kicking up dust on narrow countryside roads, for a delivery run to multiple sites. Again, an armed policeman sat inside.

"The most awaited vaccine," a healthcare worker at Mathalput said to colleagues, as a box of shots was unloaded.

India has mapped out a plan to vaccinate around 300 million people by July-August.

In the first phase, which got underway earlier this month, the target is 10 million healthcare workers, including Jani. Next are 20 million essential services workers, followed by 270 million people deemed susceptible to the coronavirus.

Beyond that there is no clear road map, although the government has said every Indian who wants or needs the vaccine will get it.

And where mobile coverage was patchy, like Jani's Pendajam village, health workers were called to meetings to inform them of vaccination plans, followed by visits from supervisors to people registered to be inoculated.

Despite initial glitches, particularly with CO-WIN - a centralised digital platform to roll out and track India's mammoth vaccination programme - officials in Koraput said the system would suffice for the first two phases.

But moving the vaccine deep into the interiors, where Maoist insurgents are known to operate, also requires police to work with paramilitary troops and special forces, said southwest Odisha's police chief Rajesh Pandit.

"We have to take extra care," Pandit said.

She monitors pregnant women in her village of 500 people, helps with malaria tests and doles out basic medication for fever and diarrhoea.

The main breadwinner for her family of five, Jani draws a monthly salary of 3,000 rupees ($41), helping put her two daughters and one son through school.

When she first learned she was to be vaccinated, Jani said she wasn't worried. Then she heard a rumour.

"Someone told me that people are fainting, they are developing fever and some are dying after taking the injection," she said. "That is why I was frightened."

In a survey conducted by New Delhi-based online platform LocalCircles, 62% of 17,000 respondents were hesitant to get vaccinated immediately, mainly due to worries over possible adverse reactions.

The fears are rife among health workers too, prompting India to appeal to frontline workers not to refuse vaccines after many states failed to meet initial vaccination targets.

Dr Tapas Rajan Behera, the medical officer in charge of the Mathalput Community Health Centre, said authorities were aware of possible reluctance to take the vaccine and had instructed health workers to allay fears over safety.

A jittery Jani eventually received her shot, partly vaccinating her against COVID-19: one tiny step in India's mission to beat the pandemic.

Also Read:Tata Group in talks with Moderna to launch COVID-19 vaccine in India