Today's Google Doodle: Tenniel was introduced to Lewis Carroll in the year 1864. The illustrator agreed to create 42 illustrations for Carroll, which became part of his classics. 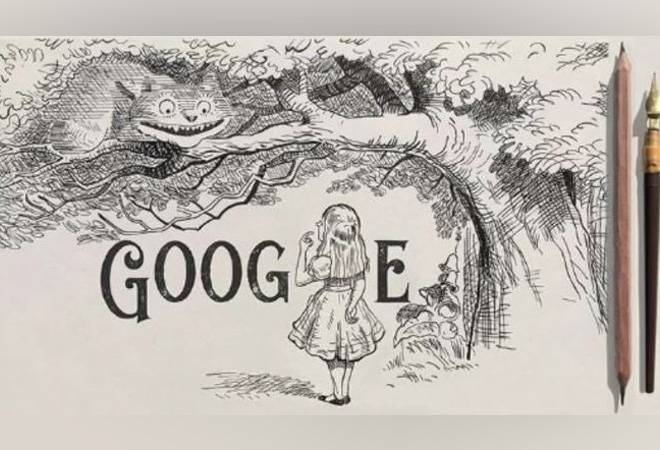 Google Doodle today celebrates the illustrator who brought the characters of Alice in Wonderland to life -- Sir John Tenniel. The doodle pays tribute to the illustrator on his 200th birth anniversary. The Google Doodle is an illustration of Alice and the Cheshire Cat on top of a tree, looking at each other.

Sir John Tenniel was a British graphic humorist, illustrator and artist born in Bayswater, London in 1820. Tenniel studied at the Royal Academy schools and sent his first illustration ever to the exhibition of the Society of British Artists, in 1836.  He contributed a 16-ft cartoon to a competition for mural decoration of the new Palace of Westminster. He won 100 pounds in cash and a commission for a fresco in the Upper Waiting Hall at the House of Lords.

At the age of 20, Tenniel lost his vision of the right eye due to an accident. He was one of the most acclaimed illustrators and painters of the Victorian era, popularly known for his work on Alice in Wonderland and Through the Looking Glass. He was knighted for his accomplishments in 1893.

Sir Tenniel is also remembered as the principal political cartoonist for the Punch magazine. Tenniel was introduced to Lewis Carroll in the year 1864. The illustrator agreed to create 42 illustrations for Carroll, which became part of his classics.

Also read: Kaifi Azmi Google Doodle: All you need to know about the Urdu poet