How a Chinese man's oversized belly saved his life 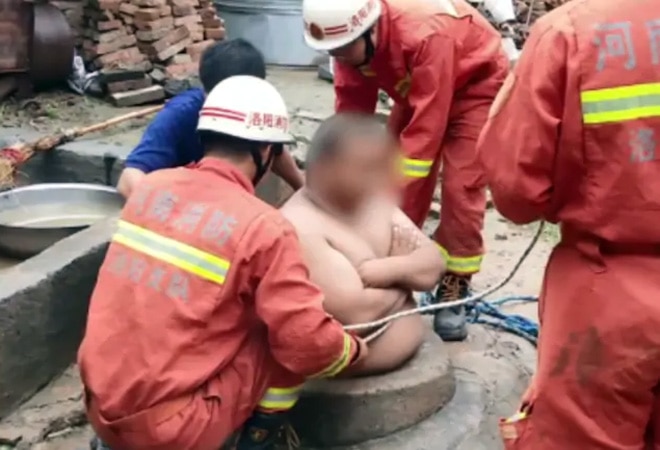 Ever heard about an oversized belly becoming a lifesaver? Strange as it may seem, but such an incident has actually been reported from China. A 28-year-old overweight man ended up thanking his big belly which saved him from falling down a well.

The man identified as Liu got trapped in his family's well after breaking through a wooden board that had been used to cover it in his hometown of Fuliudian Village in Henan Province. The man was stuck below the chest and was unable to get out. It was his big belly which came to his rescue and stopped him from falling down the well.

An official fire service video clip shared on social media by the Luoyang Fire Service showed the shirtless man waiting for firefighters to pull him out of the well with his arms crossed.

He remained in the situation for some time till firefighters arrived. They tied a rope around his belly to pull him out. According to media reports, Liu is totally unharmed and safe.

The media reports cite fire service estimating Liu's weight to be around 500 pounds. The reports also say that he was actually helping his family fill the well which had dried-up.

Also read: PM Modi announces Taxpayer's Charter; what is it?

This link is not available