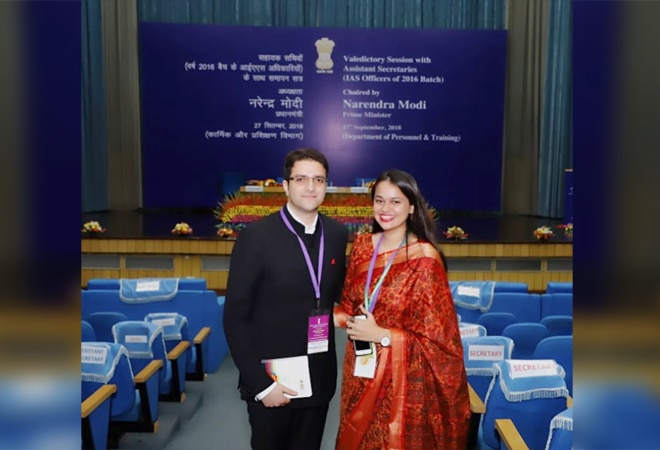 The couple filed for divorce with mutual consent after two years of marriage. 2015-batch IAS toppers Tina Dabi and Athar Khan, who tied the knot in March 2018, serve in the Rajasthan cadre. Their marriage became the talk of the town when Tina removed Khan from her surname on social media. Athar too unfollowed Tina on Instagram around the same time.

Athar, who comes from Kashmir, had secured the second position in the UPSC exams whereas Dabi ranked first becoming the first Dalit girl to top the civil services exam in the first attempt itself. Both of them came close during their training at the Lal Bahadur Shastri National Academy for Administration in Mussoorie.

The two first got married in a court ceremony in Jaipur, then in Kashmir. Tina and Athar's marriage grabbed the headlines after many political leaders congratulated the IAS couple.

Congress leader Rahul Gandhi had then tweeted, "Congratulations Tina Dabi and Athar Amir-ul-Shafi, IAS toppers, batch of 2015, on your wedding! May your love grow from strength to strength and may you be an inspiration to all Indians in this age of growing intolerance and communal hatred. God bless you".