India's official estimates put death toll due to COVID-19 at over 1,40,000. The total number of cases is over 96 lakh and is only behind the United States 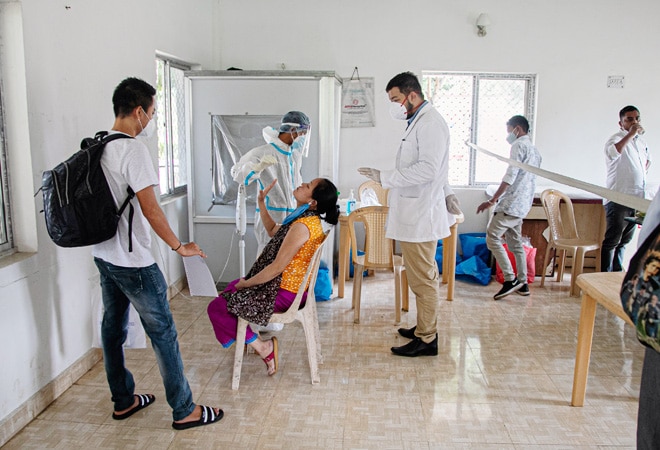 Sixty-one per cent of the 9,524 respondents who participated in an online survey conducted by community social media platform LocalCircles have said that one or more individuals in their social network have died of COVID-19 in India.

To another question, 44 per cent of 6,392 respondents said one or more individuals in their social network could have lost their life due to COVID-19 but were not declared as COVID-19 deaths.

The survey also found that only 26 per cent of respondents said no one known to them or in their social network - family, extended family, friends, colleagues, neighbours, business associates, etc. - has died due to COVID-19 in the last ten months.

LocalCircles said that the platform decided to conduct a survey after it observed an increase in the citizens' posts suggesting that many individuals in their social network died due to COVID-19, however, it was not declared as a COVID-19 death or a death accelerated due to the virus.

It was also observed that the death registration process in India is almost non-existent as many families conduct last rites at a nearby funeral home or burial ground, making it extremely difficult to estimate the total number of deaths in 2020 that might have been due to COVID-19.

"Based on such ground reports and feedback, LocalCircles decided to conduct a survey to find the aggregate percentage of citizens who know individuals that died of COVID-19 in the last 10 months. Also, they were asked if they know someone who lost their life likely by COVID-19, though it was not declared as COVID-19 death," LocalCircles said.

Of the 16,000 plus responses received from across 208 districts of India, 69 per cent respondents were men. Fifty-one per cent were from tier 1 cities.

India's official estimates put death toll due to COVID-19 at over 1,40,000. The total number of cases is over 96 lakh and is only behind the United States. LocalCircles said it will share the findings of the survey with the government.