On June 5, Pakistan's Foreign Office had said that Pakistan and India were cooperating with each other to tackle locust attacks under a forum administered by the Food and Agriculture Organisation 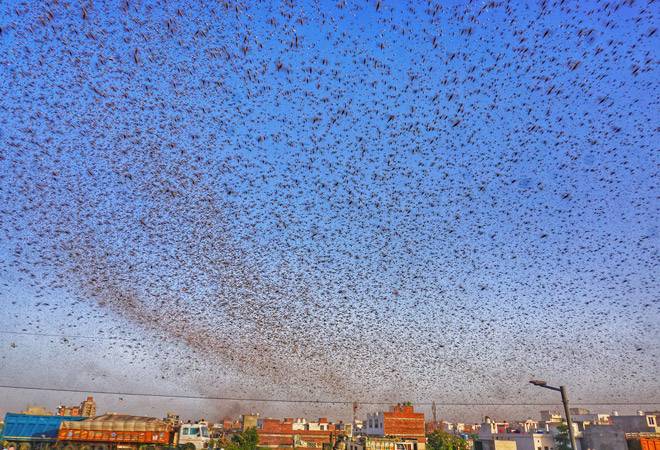 India could see another round of locust attacks unless Pakistan prevents it, said Locust Warning Organisation. India has requested Pakistan to hold a discussion on the imminent locust attack. However, Pakistan is yet to give a formal response to it.

This time the swarms of locust could arrive from Africa. Monsoon winds would easily steer the pests towards India. According to the Economic Times report, Pakistan has a major role to play in preventing another locust attack in India. Locust Warning Organisation deputy director KL Gurjar told the daily that if Pakistan kills swarms of the locust at its side of the border then India would not face a threat.

India and Pakistan are likely to convene a technical level meeting over locust attacks on June 18. On June 5, Pakistan's Foreign Office had said that Pakistan and India were cooperating with each other to tackle locust attacks under a forum administered by the Food and Agriculture Organisation (FAO).

Pakistan and India are members of FAO's Commission for Controlling the Desert Locust in South-West Asia. The two countries are facing some of the worst locust attacks in recent years. The desert locust is a short-horned grasshopper that causes extensive damage to crops.

Meanwhile, in India, drones were used to spray pesticides on crops and trees in Nagpur. So far, no crop damage has been reported.

Depending on the wind speed, locusts can move over 150 km in a day in the direction of the wind during day time. It settles down on nearby vegetation by sunset and can consume every green shoot or crop in the vicinity.