Manchester weather forecast: The temperature would be around 26 degree Celsius with low chances of precipitation, which makes India vs West Indies match day pleasant for the fans 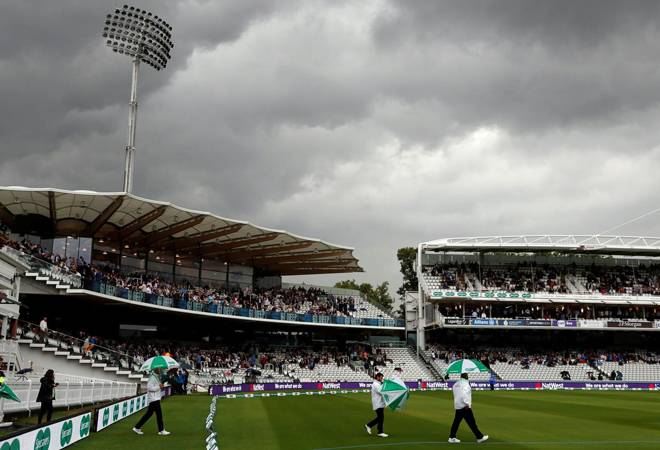 India vs West Indies: Team India is going to face West Indies on June 27 at the Old Trafford stadium in Manchester, England. Virat Kohli's team, after five matches in ICC Cricket World Cup 2019, is currently at the third position with four wins and one abandoned match. On the other hand, West Indies are at the 8th position with just three points in the ICC Cricket World Cup 2019. They have managed to win only one out of six world cup matches they have played this year.

According to Weather.com, the forecast for the match day is expected to make the fans happy as it would be sunny day with a gentle breeze blowing. The temperature would be around 26 degree Celsius with low chances of precipitation, which makes the day pleasant for the game. 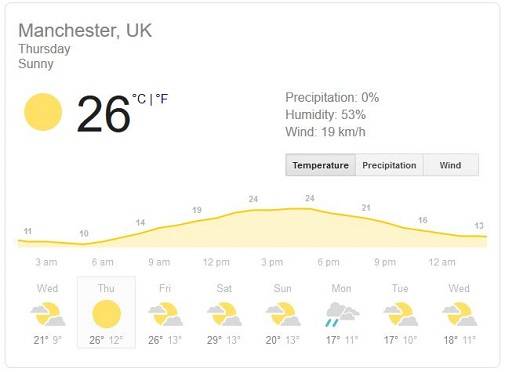 India has been in good form in this World Cup even after losing one match to rain. In their last encounter, against Afghanistan, team India won by a thin margin. India fell into a difficult spot after the Afghan spinners restricted them to 224 runs with 8 wickets in 50 overs. However, with the impressive performance of the bowlers, including Mohammed Shami's hat-trick, India managed to win the match by a margin of 11 runs.

On the other hand, West Indies, who have won just one match out of their six world cup encounters, have to focus on their batting order as well as the bowling skills in order to keep up with Virat Kohli's team.

India's victory against West Indies will help the Indian team to improve their chances of making it to the semi-finals of the ICC Cricket World Cup 2019.