The Chinese outnumbered Indian patrol personnel and came well-equipped, which indicates the attack was pre-planned 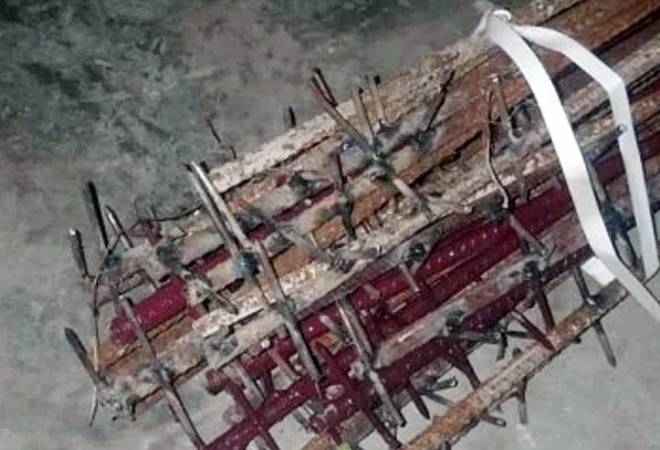 20 Indian soldiers were killed in clashes with Chinese troops, while around 40 casualties were inflicted on the Chinese side

The clash that took place between India and China on the intervening night of June 15 and 16 was the bloodiest face-off in 20 years. Reports emerging from the Galwan area of Ladakh suggest the Chinese PLA troops had come prepared with a pre-planned attack in mind and carried nailed sticks to cause heavy damage to the Indian side. These are the same weapons that were used by the Chinese troops during May 18-19 skirmishes with the Indian soldiers in the Ladakh area.

Notably, 20 Indian soldiers were killed in clashes with Chinese troops, while around 40 casualties were inflicted on the Chinese side. The Chinese also used drones to track down Indian soldiers. The Chinese outnumbered the Indian patrol personnel and came well-equipped with iron rods, nailed clubs and barbed objects, which indicates the attack was pre-planned. At least 200 military vehicles were seen on the ground on the Chinese side. After midnight, both sides carried out helicopter sorties to carry the injured.

The clashes happened after Chinese were told to move away from a location in the Galwan Valley as per an agreement, though as they were returning, the PLA troops attacked the Indian soldiers with stones, leading to a big unarmed clash between the two sides. As per reports, after engaging in stones and iron rod fight for several hours, which led to heavy casualties on both sides, the two sides disengaged around midnight of June 15 and 16.

Meanwhile, Prime Minister Narendra Modi has said that Indian soldiers' sacrifice would not go in vain. He added that "India wants peace but when provoked, India is capable of giving a fitting reply, be it any kind of situation." "I would like to assure the nation that the sacrifice of our jawans will not be in vain. For us, the unity and sovereignty of the country are the most important," he said.

Meanwhile, as the Indian soldiers' bodies were brought back to their native villages, a pall of gloom descended, with their family members seeking revenge from China. Mortal remains of Colonel Bikkumalla Santosh Babu arrived at his residence in Vidyanagar in Telangana yesterday night.

The emotionally-charged crowd was seen holding national flags and raising slogans of "Santosh Babu Amar hai" as the tricolour-wrapped coffin was brought out of the ambulance by army personnel. Similar scenes were seen in Bihar when the mortal remains of Havildar Sunil Kumar were brought by a special aircraft. In Samastipur district, family members of Sepoy Aman Kumar Singh were shocked to learn that the jawan, who got married only last year, had laid down his life. The 20 soldiers who martyred in the bloody clash belong to 10 different states of India.