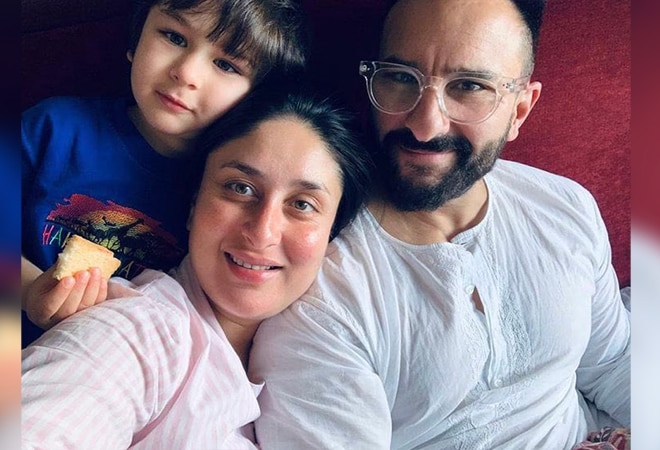 Kareena Kapoor and Saif Ali Khan welcomed a baby boy on Sunday, February 21. Kareena was admitted to Breach Candy Hospital in Mumbai at 4.45 am. The couple had in August last year announced in a joint statement that they are expecting a second baby. Their firstborn Taimur Ali Khan was born on December 20, 2016.

"We are very pleased to announce that we are expecting an addition to our family!! Thank you to all our well-wishers for all their love and support," the statement read.

Fashion designer Manish Malhotra and the entertainment magazine Filmfare took to Twitter to congratulate the couple, also known as Saifeena, on the new addition to their family.

It’s a boy!#KareenaKapoorKhan and #SaifAliKhan blessed with their second baby boy. We congratulate the couple for the same. pic.twitter.com/F8XDT370lV

Kareena continued to work during her pregnancy as she worked on her show What Women Want, among others.

Saif Ali Khan earlier said in an interview with Filmfare that they are relatively more relaxed this time around.

The actress will next be seen in Aamir Khan's Laal Singh Chaddha which is a Hindi remake of Hollywood classic Forrest Gump.

Coronavirus in Delhi: Over 2.80 lakh people vaccinated, 1.53 lakh of them frontline workers