Labour Day 2019: Whats the significance of May Day; theme, history and all you need to know

Labour Day is a public holiday in India as well, where it is celebrated as Antarrashtriya Shramik Diwas (International Labour Day). 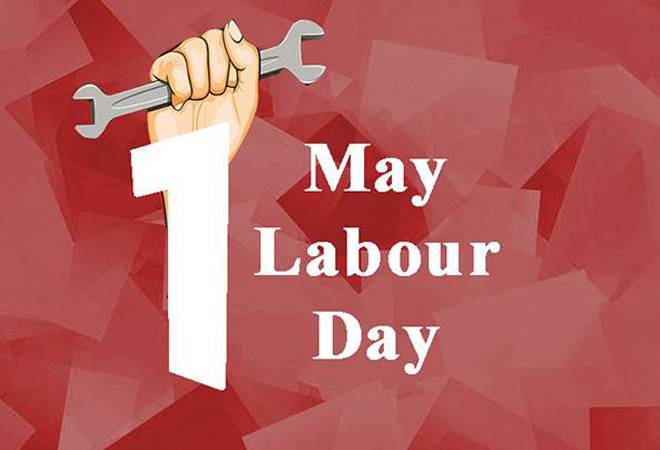 Labour Day or International Workers' Day is observed each year on the first day of May to celebrate achievements of the working class. The day, also called as 'May Day', is also observed as a public holiday in many countries. In India, Labour Day, however, coincides with 'Maharashtra Day' and 'Gujarat Day' as the foundation of the two states was laid on the same date after they were divided from Bombay to attain statehood.

Greetings to my sisters and brothers of Maharashtra on the state’s Foundation Day.

Maharashtra is a land of revolutionaries and reformers who have enriched India’s progress. Praying for the continued growth of the state in the times to come.

Best wishes to the people of Gujarat on Gujarat Diwas. In all spheres, people from the state have made outstanding contributions.

Gujaratis are known for their courage, innovation and spirit of enterprise. May Gujarat scale new heights of glory.

Labour Day is a public holiday in India as well, where it is celebrated as Antarrashtriya Shramik Diwas (International Labour Day). The day is known as "Kamgar Din" in Hindi, "Karmikara Dinacharane" in Kannada,"Karmika Dinotsavam" in Telugu, "Kamgar Divas" in Marathi, "Uzhaipalar Dhinam" in Tamil, "Thozhilaali Dinam" in Malayalam and "Shromik Dibosh" in Bengali. In North India, however, Labour Day has lost significance as a holiday.

The theme for Labour Day 2019 is "Uniting Workers for Social and Economic Advancement".

Labour Day began in the city of Chicago as a protest campaign to support the eight hour workday over 15 hours per day of work.

On May 1, 1886, workers united in the streets of United States to protest for the eight-hour work shift. In India, however, Labour Day or May Day was first celebrated in 1923. The Labour Kisan Party had organised the May Day celebrations in Chennai (then Madras). Party leader Singaravelu Chettiar made arrangements to celebrate May Day in two places in 1923. One meeting was held at the beach opposite to the Madras High Court and the other one was held at the Triplicane beach.