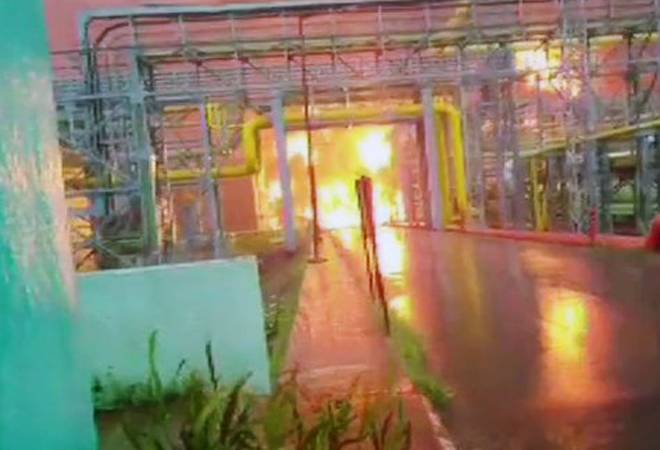 A major fire has broken out at an ONGC plant in Navi Mumbai. The fire broke out at 7am on Tuesday in Uran. According to initial reports, several people are feared trapped inside the premises.

Fire-fighting operations are underway. According to initial reports, at least five are feared dead. Around 8 people have been admitted to the hospital.

It is yet to be ascertained what caused the fire.

ONGC fire services and crisis management team immediately jumped into action. There has been no impact on oil processing. Gas has been diverted to Hazira Plant.

Nearly 22 fire brigade tenders, including that of the ONGC, Navi Mumbai civic body and other agencies, were at the spot, a police official said.