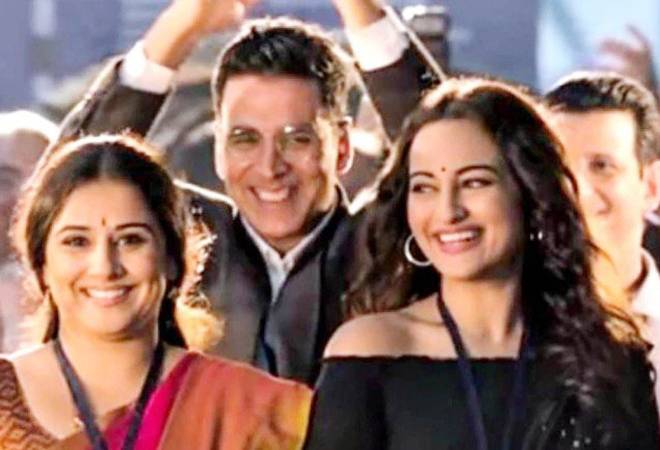 Mission Mangal box office collection Day 14: Akshay Kumar-Vidya Balan starrer Mission Mangal is unstoppable at the ticket window and is all set to cross the coveted Rs 200 crore mark this weekend. According to early estimates, the film which has earned Rs 170 crore till Tuesday did decent business on Wednesday too and has earned Rs 1.75 crore (approx), hence, taking its 14-day collection to Rs 172.23 crore (approx).

The film has achieved the feat of Rs 150-crore in just 11 days of its release, becoming Akshay's second-fastest film after 2.0 to do so. The movie has also proved to be a milestone in Khiladi Kumar's carrier as it is his biggest opener till date as well as his tenth hit in a row.

Mission Mangal did well despite facing stiff competition from John Abraham's Batla House, which has also done well, earning over Rs 88.04 crore in 12 days of its release. The weekend, however, may not be a cakewalk for both Akshay and John as superhit film Baahubali star Prabhas' Saaho is scheduled to release on Friday.

Mission Mangal revolves around India's mission to Mars that was powered by a women-dominated team of scientists at ISRO. The movie shows how the mission braved one trouble to another from finances, weather and even personal challenges of the scientists to achieve this momentous feat. Apart from Akshay Kumar, Mission Mangal's stellar star cast includes Vidya Balan, Akshay Kumar, Sonakshi Sinha, Taapsee Pannu, Kirti Kulhari, Nithya Menen, Sharman Joshi, Sanjay Kapoor, and Mohammad Zeeshan Ayyub. Mission Mangal hit the screens on August 15 along with John Abraham's Batla House.

SC to hear legal challenges on Kashmir in October