All passengers were travelling from London and landed at five airports in the country -- Delhi, Ahmedabad, Chennai, Kolkata, and Amritsar. After arriving in India, they went through RT-PCR tests 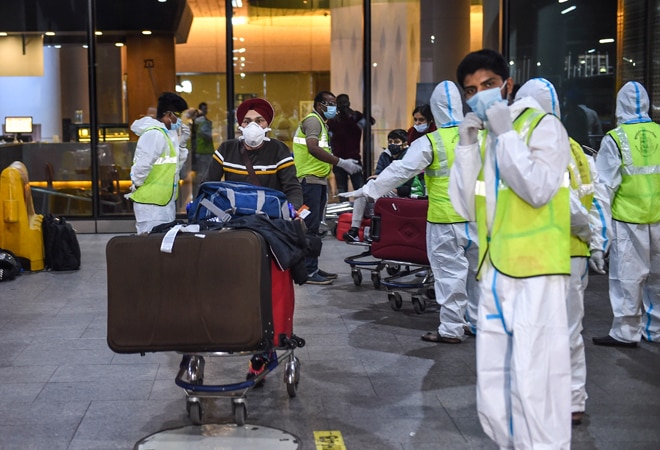 Around 20 air travellers and crew members coming from London's Heathrow airport have tested positive for coronavirus in India in the last two days. All passengers were travelling from London and landed at five airports in the country -- Delhi, Ahmedabad, Chennai, Kolkata, and Amritsar. After arriving in India, they went through RT-PCR tests.

Their swab samples were sent to the National Institute of Virology, Pune, to check if any one had been infected from a different virus strain -- the more virulent one detected recently in England.

India has suspended all passenger flights connecting the United Kingdom from Wednesday, December 22 till December 31, or till further orders in the wake of the emergence of a mutated strain of the virus there.

As a result, the health ministry issued a standard operating procedure (SOP) for the passengers coming from the UK to undergo an RT-PCR test and be isolated in a separate unit of an institutional facility if found positive.

The last two flights scheduled to arrive on Wednesday at Delhi's IGI airport -- before the deadline of suspension -- were, hence, ordered to undergo a mandatory RT-PCR test at the airport.

None of the passengers, who came from the second of the two flights, has not been reported positive until now.

However, the five positive patients, who came from the first flight, have been sent to the National Centre for Disease Control (NCDC). There were around 470 passengers in both the flights.

In Chennai, one passenger infected from coronavirus is asymptomatic and has been admitted to the National Institute of Ageing in Guindy.

US Q3 GDP estimate gets a slight upgrade to 33.4% growth