In her bail application, Rhea also said that there is a serious threat to her life if she was detained unduly in judicial custody 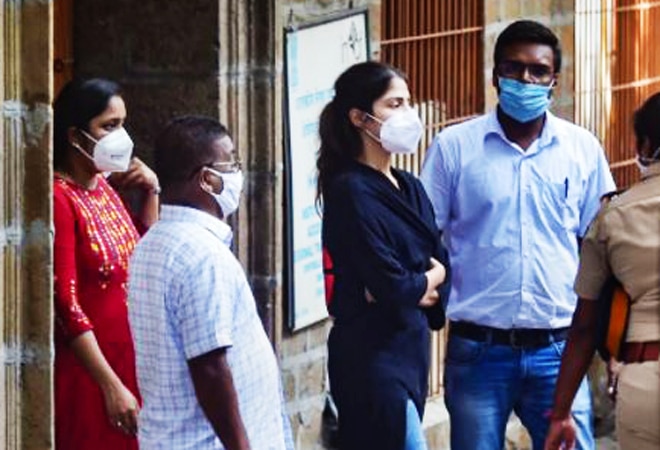 Rhea Chakraborty said in her 47-page long bail application to the Bombay High Court that no female officers were present when the NCB was interrogating her. She said the NCB had summoned her for September 6, 7 and 8 for a minimum 8 hours of interrogation at a stretch "by multiple male officers", however there was not a single female officer who interrogated her. Chakraborty is lodged in Byculla Jail and is to remain there till October 6.  She has been arrested for procuring drugs for the Chhichhore actor and for being "an active member of the drug syndicate".

She has also named the male officers who were present during her interrogation. These were- Kiran Babu, Intelligence Officer, NCB Zonal Unit, Indore (MP), Sameer Wankhede, Zonal Director, Mutha Ashok Jain, Deputy DG, South Western Region, KP Malhotra, Deputy Director, NCB, among others. She added that she was denied any legal advice while her questioning. In her bail application, Rhea also said that there is a serious threat to her life if she was detained unduly in judicial custody. While requesting the Bombay High Court to expedite her bail plea, she cited "hundreds of death and rape threats".

In her bail plea, she also stated that Sushant Singh Rajput used people "closest to him to sustain his drug habit". She alleged that the late actor used her, her brother Showik, and members of his house staff to facilitate his drug habit while ensuring that there was no paper trail or electronic evidence of his involvement.