Pak vs SA, London Weather Forecast Updates World Cup 2019: Pakistan and Proteas have performed poorly in the World Cup so far, and today's defeat would end the chances of either of them to make it to the semi-finals 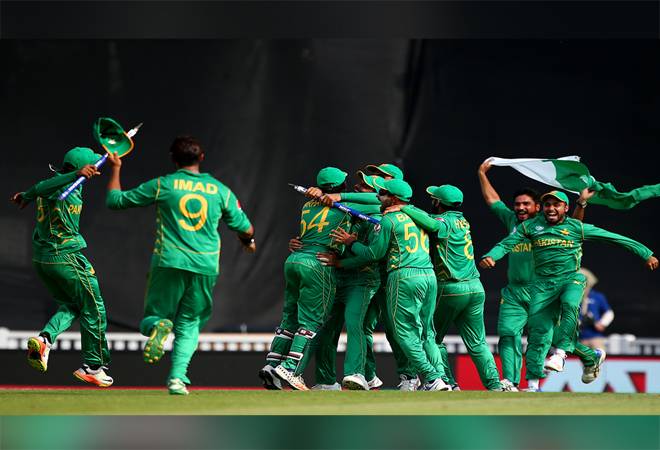 Pakistan (PAK) vs South Africa (SA), London Weather Forecast, Lord's: Weather experts say there are chances of rain during the second half of the match. Photo: ICC

Pakistan vs South Africa: The Mecca of Cricket, the Lord's cricket ground in London, will host its first game of ICC World Cup 2019 between Pakistan and South Africa on Sunday (June 23). Pakistan and Proteas have performed poorly in the World Cup so far, with both the teams dragged down to the bottom of the points table, just above Afghanistan that is on the 10th spot. Sarfaraz Ahmed's team has played five matches so far, while the Faf du Plessis-led team has played six, but both of them could only win one each. Today's Pak vs SA match is a do-or-die situation for both the teams. To remain in the game, they will have to win all the matches from now onwards. Today's defeat would end the chances of either of them to make it to the semi-finals.

How's the weather in London?

The match is about to start within just two hours from now, and weather experts say there are chances of rain during the second half of the match due to the cloudy sky in the evening. As per weather forecast company AccuWeather, the short intervals of clouds are expected in London on Sunday, with mild rain and a thunderstorm late in the evening. In the event of rain, the Duckworth-Lewis-Stern (DLS) method could play a crucial role for both the teams. The UK weather department said the weather was expected to be cloudier in the west during the afternoon but would stay dry. "Very warm and humid for most, but cooler and breezier towards the coast. Maximum temperature of 27 degree Celsius," it added.