Satya Nadella on CAA: Microsoft CEO said that he hopes one day that a Bangladeshi immigrant can come to India an start his own start-up 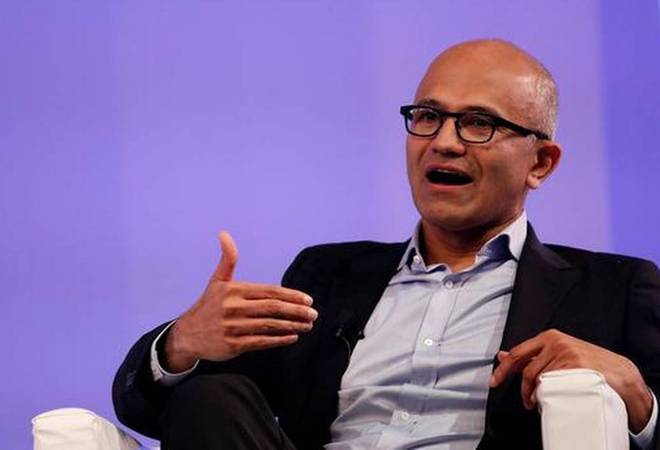 Microsoft CEO Satya Nadella has spoken up about the controversial Citizenship Amendment Act that has witnessed continuous protests for the past few weeks in India. Nadella said that he is shaped by his Indian heritage and his immigrant experience in the US. The Microsoft CEO said that he hopes for an India where an immigrant can aspire to found a prosperous start-up or lead an MNC.

"Every country will and should define its borders, protect national security and set immigration policy accordingly. And in democracies, that is something that the people and their governments will debate and define within those bounds. I'm shaped by my Indian heritage, growing up in a multicultural India and my immigrant experience in the United States. My hope is for an India where an immigrant can aspire to found a prosperous start-up or lead a multinational corporation benefitting Indian society and the economy at large," said Nadella in a statement that was posted by Microsoft.

This statement comes right after Ben Smith, Editor-in-Chief of Buzzfeed News quoted Nadella on the CAA. Talking at an event in Manhattan Nadella was quoted saying, "I think what is happening is sad... it's just bad... I would love to see a Bangladeshi immigrant who comes to India and creates the next unicorn in India or becomes the next CEO of Infosys." The Microsoft statement appears to be a further clarification of his quote to Smith.

Smith released the detailed quote by Nadella. The CEO had said, "I'm not saying that any country doesn't and shouldn't care about is own national security, border do exist and they're real and people will think about it, I mean after all immigration is an issue in this country, it's an issue in Europe and it's an issue in India, but the approach that one takes to deal with what is immigration, who are immigrants and minority groups, that sensibility."

The Centre passed the act on December 11 and issued a gazette notification last week announcing that the CAA has come into effect from January 10. As per the legislation, non-Muslim citizens from Pakistan, Bangladesh and Afghanistan who have faced religious persecution and moved to India before or on December 31, 2014 will be given citizenship.

There have been widespread protests against the act across the country.