How Bhilwara became a model to contain coronavirus

From a hospital becoming an epicentre of coronavirus outbreak to effective managment of the contagion, Bhilwara has emerged as the example for many states today

As the number of novel coronavirus (COVID-19) cases are on the rise, government is adopting stricter containment measures to ensure social isolation across various hotspots in the country. Here is a successful containment effort from Bhilwara, Rajasthan, that has becoming a template for containing virus outbreak for many states today: 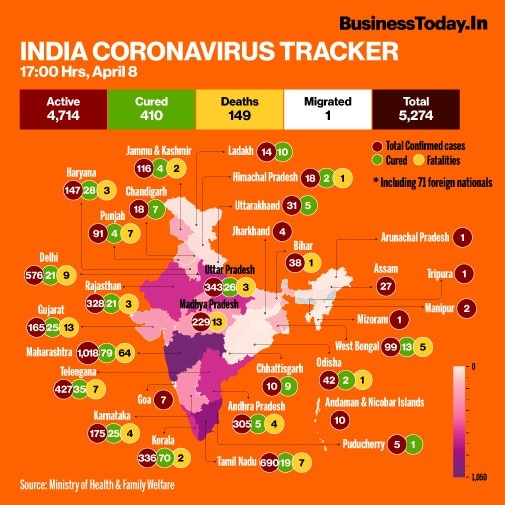 A doctor in a private hospital in Bhilwara was tested positive for COVID-19. A few other doctors and nursing staff were the next to be diagnosed with the viral infection. A hospital itself becoming an epicentre of coronavirus was not only an unusual problem, but a complex one too. The doctor was asymptomatic and along with others carried a risk of having met thousands of patients who had visited the hospital during a fortnight or more. Hospital records indicated that patients from 13 districts had visited the hospital during this period.

The borders of the city were sealed immediately. More than 5,000 people who had consulted by the COVID-19 positive doctor of Bangar Hospital, both inpatient as well as outpatient were screened. Twenty two lakh families from villages, nearly 10 lakh households in the city were also screened. To break the chain of contamination, nearly 6,000 people were identified and put under isolation within 2 days. Further, all the patients who were in the hospital - hailing from 19 districts and four states - were put in strict isolation and a curfew was imposed within 15 minutes on strict orders without harming the supply of food and other essentials. Community leaders, religious gurus were roped in to motivate the public to stay home. Initiatives were launched, appealing videos were made, and few unwanted social elements faced legal action too. Nearly 600 vehicles were seized.

'Corona fighters' (ASHA workers and other volunteers), led by 'corona captain' (the SDM) were put to action. Daily reports on screenings in rural areas to see if there is any sign of community spread followed. Police, home guards, medical workers and the public together ensured food and supplies reached homes within the containment area. Total  shutdown meant people got essential goods including dairy, medicines, at their doorstep at call. At least 4-5 control rooms of several departments became operational. Alongside, the administration acquired 42 hospitals with dedicated beds for COVID-19 positive patients. Quarantine facilities with 1,551 beds between them were prepared at hotels and other such establishments. Additional infrastructure of 10,000-15,000 beds were also identified for tranforming into quarantine facilities, if needed. Three-tier security for healthcare officials, barricades outside the premises, a check at the entrance gate and deployment of cops at the isolation wards differentiated dedicated COVID-19 treatment infrastructure of the district. The population of the city has been screened at least 3 times now. People having normal cough and cold due to weather change (influenza-like illness), who were in thousands, were also checked and surveyed. Those with symptoms were put under isolation or quarantine. Overall, 25-30 lakh screenings happened in the district till date.

In the past nine days, only one positive coronavirus case has been reported in the city, and 22 out of 27 patients have been recovered. A total of 15 patients have also been discharged, Rajendra Bhatt, District Collector, Bhilwara, said.