Sushant Singh Rajput death case: The late actor's CA said that he did not have the kind of money his family claimed he had and that no transactions over Rs 1 lakh were made towards Rhea Chakraborty 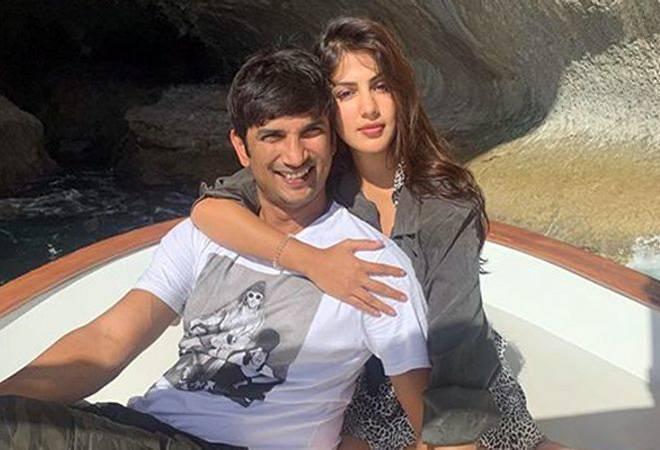 Investigations are underway in the Sushant Singh Rajput death case. Rajput's father had filed a complaint against Rhea Chakraborty at Rajiv Nagar Police Station in Patna, for abetment to suicide. The case now encompasses two states -- Bihar and Maharashtra. While Bihar Police scrutinised the late actor's bank accounts, Mumbai Police is also slated to do the same. Chakraborty has accused Rajput's relative of influencing the probe, while Rajput's friend Siddharth Pithani said that he was coerced to give false statements.

Calls to hand over the case to the CBI have been growing louder in the meantime. Former Maharashtra CM Devendra Fadnavis also said, "There is a huge public sentiment about handing over Sushant Singh Rajput case to CBI but looking at the reluctance of State Government, atleast ED can register an ECIR since misappropriation and money laundering angle has come out."

Here are the top developments in the Sushant Singh Rajput-Rhea Chakraborty case:

1. Bihar Police began scrutinising the late actor's financial transactions and bank account details on Thursday. A team of police from Mumbai reached Mumbai, visited multiple places including Chakraborty's residence. The four-member team visited a Bandra-based bank and are also looking into evidence collected by the Mumbai police as well as statements recorded by them.

2. The late actor's chartered accountant said that Rajput did not have the kind of money his family claimed he had. The CA also told India Today TV that there were no transactions made towards Chakraborty that were over Rs 1 lakh. "No major transfer except a few thousand to Rhea's account. Once Rhea's mother transferred Rs 33,000 to him. He was a film star so had to maintain his lifestyle and expenses. They both travelled together and he lived as per his wish. He would spend on shopping and further expenses like rent and other things like travel. His net worth was not that much as is being claimed. His income had dropped from the last one year," said his CA.

3. In an email addressed to the Bandra police station on July 28, Rajput's friend Siddharth Pithani said that he was being pressured by the family to testify against Chakraborty. In the email Pithani said that Rajput's brother-in-law and senior IPS officer OP Singh and sister Meetu Singh asked him questions regarding Rhea and her expenses during their stay at Mount Blanc. Pithani said he received a call from OP Singh who asked him to give statement against Rhea to Bihar Police. He further stated in the email, "I am pressurised to comply and record statements against Rhea (about) things which I am not aware of."

4. Rhea Chakraborty in a petition filed in the Supreme Court said that she was falsely implicated in the case. She said that this was done only to harass her and that Sushant Singh Rajput was suffering from depression and was on medication. "In peculiar facts and circumstances of the present case, the petitioner has been falsely implicated in the present case filed by at the instance of Krishna Kishore Singh," Chakraborty said in her plea.

5. Rajput's former girlfriend Ankita Lokhande said that as per her knowledge the late actor did not suffer from depression. In an interview, Lokhande said that she had not been in touch with the actor for the past four years. Lokhande said that she, however, had a good relationship with his family members. "Sushant was never the kind of person who would commit suicide over money issues... People do spend money on each other in relationships... If he spent Rs 15 crore on the alleged companies formed by him and Rhea... this is something we all want to know more of," she said in a TV interview.