Sushant Singh Rajput's father KK Singh alleged that the late Bollywood actor had Rs 17 crore in his account in 2019, but within months Rs 15 crore was transferred to accounts not linked to him 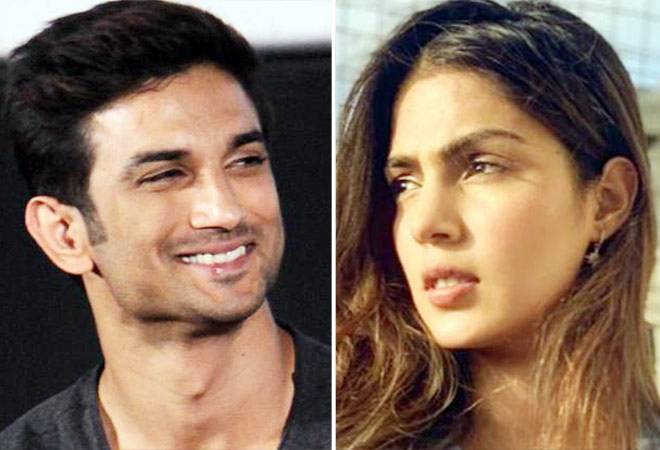 A month after Bollywood actor Sushant Singh Rajput's suicide, his father K K Singh has filed an FIR against his rumoured actor girlfriend Rhea Chakraborty and six others, including her family members, on charges of abetment to suicide. In a six-page FIR, Krishna Kishore Singh has raised questions over transfer of Rs 15 crore from Sushant's bank account to another account which was not related to him.

The late actor's father alleged that Sushant had Rs 17 crore in his account in 2019, but within months Rs 15 crore was transferred to the bank accounts not linked to him. He said that it should be investigated how much of that money has been defrauded by Rhea and her associates.

As per report, two inspector-rank officers and two sub-inspector rank officers from the Bihar Police are in Mumbai for investigation.

The Mumbai Police, which is investigating Sushant's accidental death report, has so far not filed an FIR in the case. The police have questioned several Bollywood bigwigs including filmmakers Mahesh Bhatt and Sanjay Leela Bhansali. On Monday, filmmaker Mahesh Bhatt was summoned by the Mumbai Police for questioning. Actor Kangana Ranaut has also been summoned by the cops for questioning.

Rhea Chakraborty has also recorded her statement. Rhea was questioned by the Mumbai Police on June 19 for nine hours straight regarding actor Sushant Singh Rajput's death. During the questioning, Chakraborty confirmed that she had been living with Rajput and that they were looking to make a joint investment into a property as they were planning to get married in November.

Sushant, aged 34, was found hanging from the ceiling of his apartment in suburban Bandra in Mumbai on June 14. Several political leaders and film personalities have demanded a CBI probe into his death. However, Maharashtra's Home Minister Anil Deshmukh has ruled out requests for a CBI probe in the case.

Here are important allegations made by Sushant's father against Rhea in the FIR: