According to market intelligence firm Sensor Tower, TikTok recorded its best first quarter yet for new users in the quarter ended March, with 188 million new installs, of which India accounted for over 47% 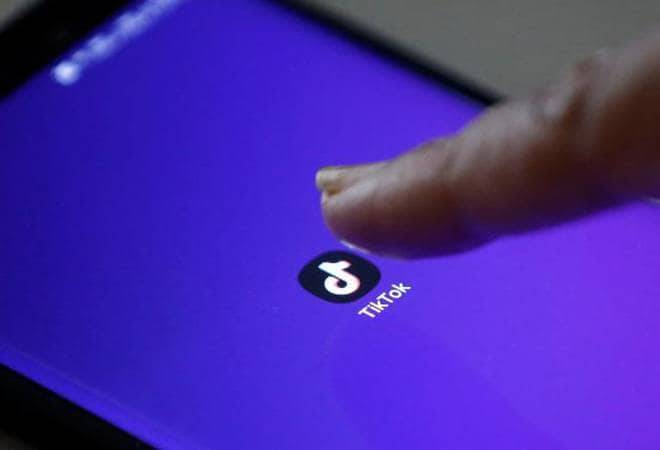 TikTok has 200 million users in India, of which 60% are active on a monthly basis

The adage 'good news comes in threes' certainly holds true for social video app TikTok, owned by Chinese startup ByteDance. In February, the wildly popular app announced crossing the one billion mark for worldwide installs on the App Store and Google Play, including its lite versions and regional variations. Then, on April 24, the Madras High Court lifted its three-week interim ban on TikTok, a significant break for the player since it has made no bones about its bullish intentions in India. And now comes news that it has overtaken US social media giant Facebook in terms of the number of downloads.

According to market intelligence firm Sensor Tower, TikTok recorded its best first quarter yet for new users in the quarter ended March, with 188 million new installs between January 1 and March 31. That's a whopping 70% increase year-on-year. On its blog, the app analytics platform added that TikTok's growth was "largely driven by India, where an estimated 88.6 million new users flocked to the app", posting an over eight-fold increase over the same quarter last year. So India accounted for over 47% of its downloads in Q1. In comparison, TikTok added approximately 13.2 million new users in the United States during the period, up 2.8 times over Q1 FY18.

Facebook, which is also used extensively on the desktop, came in second with 176 million new downloads in the same period, The Economic Times reported, adding that the largest chunk (21%) came from India. At the end of 2018, Facebook had been the most downloaded application globally.

"What we see is going to be unique in the Indian market is that the next wave of 200-400 million joining the internet might experience TikTok as their first social media platform where they can share special moments of their lives with not only friends and family, but also with a global audience with similar interests," TikTok told the daily.

Recognising that India is a key battleground in the fight for eyeballs among social media companies - especially in the race to lure young, first-time internet users - TikTok is busy building up a war chest. Last month, even before the interim ban was lifted, its parent Bytedance revealed plans to invest $1 billion in the country over the next three years. It also plans to increase its workforce in India to 1,000 people by the end of this year. Significantly, TikTok recently embarked on monetising its operations in India and premier brands such as Pepsi, Snapdeal, Myntra and Shaadi.com are lining up.

However, while TikTok's global push to disrupt a category long dominated by Western firms like Facebook and Snapchat is raising eyebrows, in terms of market share it still has to cover quite a distance to catch up with the biggies. As per Statista data, Facebook has 300 million users in India, while TikTok has 200 million, of which 60% are active on a monthly basis. Also, Sensor Tower data reveals that India's market share of worldwide downloads for all of Facebook's apps across the App Store and Google Play Store stood at nearly 25% in 2018, compared to 11.8% two years ago. Hence, according to experts, since the Chinese contender is limited to a niche category of short-form video, for now it still remains a distant threat to Facebook.

At the same time the top cat can't afford to drop the ball. "It is crucial for Facebook to retain dominance in India," Sanders Tran, a data analyst at Sensor Tower, told the daily. "The country holds high prospects in the sense of having strong GDP growth and being the second-largest population in the world. Facebook is blocked in China, therefore India is its next best bet for acquiring large amounts of new users."

Last year, Facebook released an app called Lasso that lets users create short videos designed to compete with TikTok. Also, taking a cue from the exponential growth of Tik-Tok in India, Facebook tied up with top labels in India to licence their music for use in videos, messages, stories and other creative content on Facebook and Instagram.

It remains to be seen if these moves can slow down TikTok's growth in India. Harish Bijoor, a Bangalore-based brand consultant, goes so far as to tweet, "If you were a betting man, you would bet on TikTok".