Five days after the death of social media star Pooja Chavan, the case has sparked political row in Maharashtra 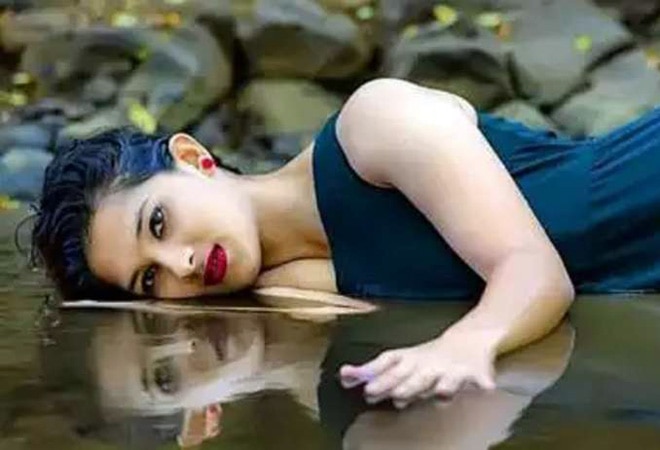 The death of 22-year-old social media star Pooja Chavan's suicide case has taken a political turn after an audio clip of two anonymous people went viral on social media. Pooja, a resident of Beed, had come to Pune recently to attend a spoken English course. She was quite popular on social networks, especially TikTok. On February 8, she reportedly committed suicide by jumping from a building at Heaven Park Society.

Wanawadi police has registered an accidental death case. There are claims of involvement of a state minister from Vidarbha in this matter. The Bharatiya Janata Party (BJP) has taken an aggressive stand on the case. Leader of opposition Devendra Fadnavis and city-based BJP leaders have demanded a detailed investigation into the matter. Police, however, claimed that they have received no clues, even as the audio clips went viral online. Pune police quashed these report, saying her family has submitted a statement saying the girl died by suicide due to her mental illness. Cops said they had no complaints filed against anyone by family members.

Archana Patil, BJP women's cell president also met Pune commissioner of police (CP) Amitabh Gupta and sought a detailed investigation. She alleged, "It is suspicious that a 22-year-old came into the city a week before and ended her life. In this short time span, what disturbed or troubled her to take such an extreme step? Was she pressured by anyone or this is really a suicide? We have heard the name of a minister associated with this on social media and his audio recordings have also gone viral. Police should find out who it is. But, it has been more than four days and there is still no progress in the probe. There have to be some connections between the deceased and the minister. But, because there is tremendous political pressure on Pune police, they are not investigating properly."

She further added, "She was living with two youths and we came to know that they are not her brothers. The police should at least call and interrogate them. Whether she committed suicide or someone pushed her off, a detailed probe is required anyway. Otherwise, there is no use of implementing new laws like the Shakti Act for women's safety. If she is not safe here, what is the use of such lip service?"

The BJP leaders on Saturday sought the arrest of Maharashtra Forest Minister Sanjay Rathod, whose name has surfaced in the death case of Pooja Chavan. Maharashtra Chief Minister Uddhav Thackeray said that an enquiry is underway and the truth will surface after the probe is over.

Last week, Devendra Fadnavis had sent a letter to Director-General of Police, Hemant Nagrale, seeking an inquiry into the matter. He had also submitted 14 purported audio-clips of the alleged conversations between Pooja Chavan and the minister. However, Maharashtra Minister for Urban Development, Public Works (Public Undertakings) Eknath Shinde objected to raking up a minister's name before the police probe is over.