Two asteroids bigger than Eiffel Tower to fly past Earth 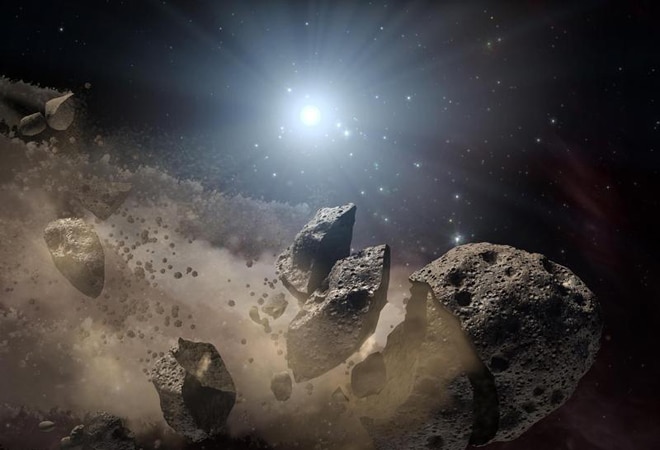 This instance of five asteroids flying past the Earth is eerily similar to a prediction made by French astrologer Nostradamus. Nostradamus had made thousands of predictions several hundreds of years ago, several of which have been proved to be true. In his book Les Propheties, published 465 years ago, Nostradamus had made a prediction for the year 2021. He had written about a "long trail of sparks" made of fire appearing in the sky. The "long trail of sparks" could be interpreted as asteroids flying past the Earth.

Nostradamus made 6,338 predictions out of which 3,797 prophecies have been proved to be true.

The three smaller asteroids have been dubbed 2021 AC, 2021 AJ and 2018 KP1 with diameters of 73.5 metres, 19.5 metres and 41 metres, respectively. If they were to impact the Earth, they wouldn't pose much threat to anyone. The second biggest asteroid has been named 2016 CO247; it is 340 meters wide. The biggest asteroid is 2008 AF4 which is around half a kilometre wide. If this asteroid were to directly impact the Earth, it would hit with a force between 25 to 50 megatonnes, which is roughly equivalent to the largest nuclear bomb in existence. Though the size is crucial for calculating the risk of impact, speed also plays an important role in judging the level of threat.

National Aeronautics and Space Administration (NASA) has already stated that none of the five asteroids are an immediate threat to Earth. These asteroids are being tracked as they are either closer to Earth than 7.5 million KM or because they are more than 150 metres in size.